Police are looking for three men in connection to an aggravated assault.

The investigation began after the detachment responded to a call of shots fired near a residence in the community around 8:30 p.m. on March 11.

Police found that a vehicle had been rammed off the road into a ditch by another vehicle. The driver of the rammed vehicle was then forcibly removed, and assaulted with a weapon by a number of suspects. During the incident, a single shot was fired into the air by one of the suspects.

The victim was not shot but did suffer serious non-life threatening injuries and was transported to hospital in Edmonton.

Police arrested and charged 27 year old Bryan Hunter from Goodfish Lake. He faces a count of aggravated assault and five counts of failing to comply with court orders

Following continued investigation into the assault, police have identified three more suspects in the matter.

– James Tory Jackson, a 40-year-old from Goodfish Lake. He is wanted for aggravated assault and possession of weapon for a dangerous purpose. 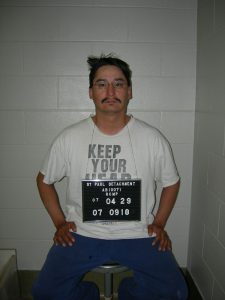 – John Delver, a 25-year-old from Goodfish Lake is wanted for aggravated assault and possession of weapon for dangerous purpose. 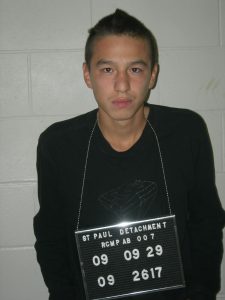 – Adrian Cardinal a 27-year-old from Goodfish Lake is wanted for two counts of failure to comply with a recognizance, possession of weapon for dangerous purpose, and mischief damage to property 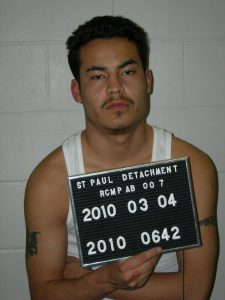 If you have information about this incident or whereabouts of the suspects, please call the St. Paul R.C.M.P. at 780-645-8888 or call your local police.   It is recommended that you not approach any of these males, rather call the police.