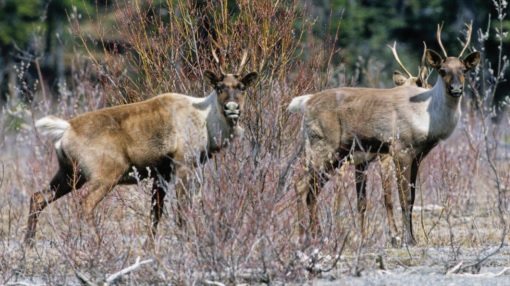 The Alberta government is looking for public input on a province-wide caribou range plan. It’s been mandated by the federal government to have a plan to manage critical habitat by this October.

The province is looking at plans for ranges in the northeast and northwest of the province, as well as Narraway and Redrock-Prairie Creek, and Nipisi and Slave Lake. While there are caribou populations in Jasper, they are largely on federal land.

Draft plans for the Little Smoky and A La Peche ranges were released a year ago and are already in the second phase of public engagement. They have been heavily criticized by environmental groups and wildlife experts.

An online survey has been launched on the Alberta Environment and Parks website and it will be up for 45 days. It asks residents whether they think it’s more important to think about protecting caribou populations and critical habitat first and the considering the economic effects, or if they are equally important.

The survey also asks its takers to rank how the province should prioritize measures, including more stringent requirements and reduced levels of industrial activity, the creation of parks and protected areas, restoration of seismic lines, predator management, and fenced caribou rearing facilities.

The results of the anonymous survey will be used as draft plans are created this fall, and the government says there will be a second opportunity for public feedback. They will also be consulting with industry, municipalities, and Indigenous communities.