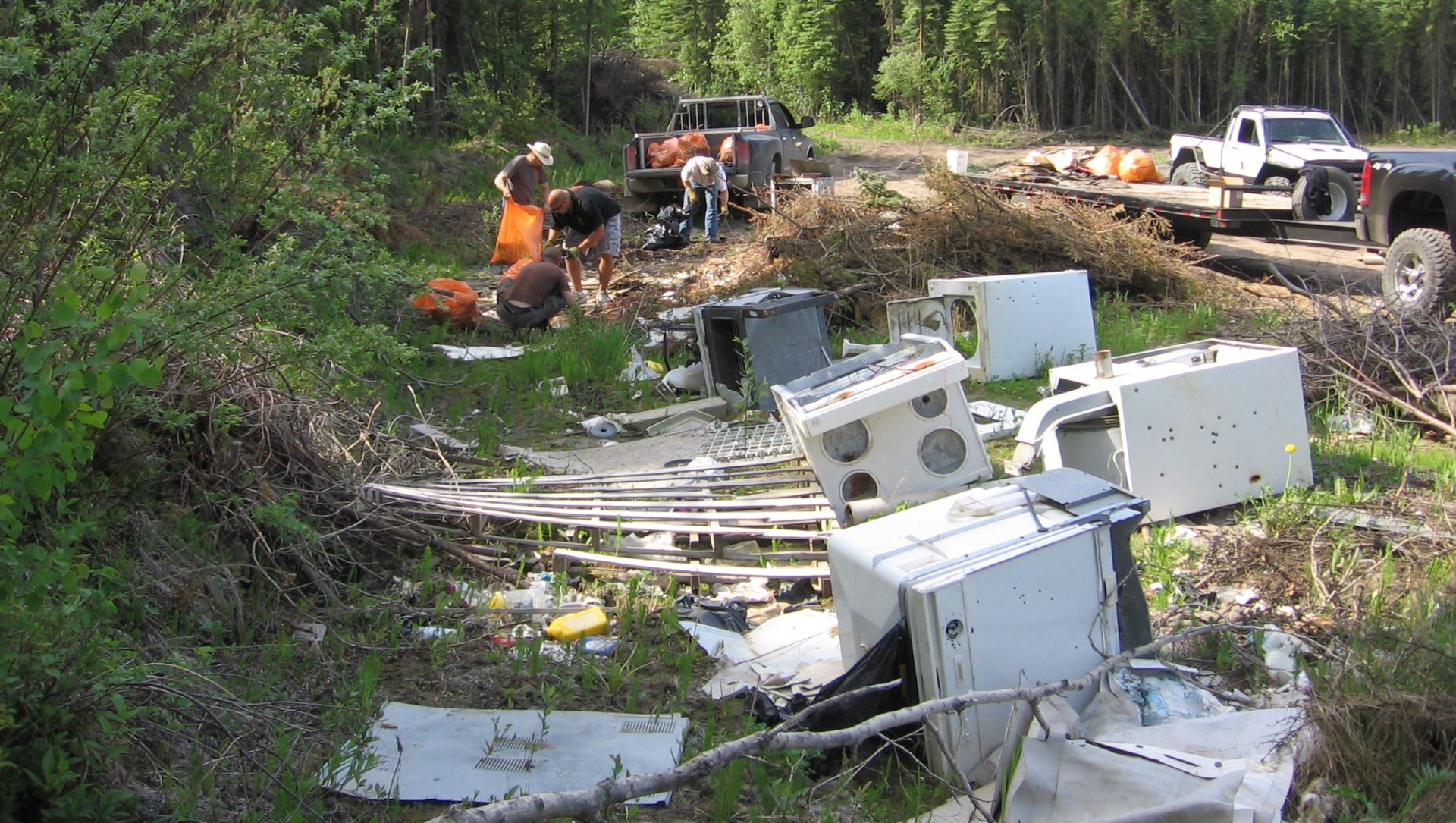 As the long weekend draws near, the Alberta Government says they’re hard at work alongside volunteers clearing garbage from public land.

Cleanup efforts at Hilda Lake near Cold Lake in June saw two abandoned RVs, broken appliances and furniture and enough garbage to fill four industrial-sized dumpsters hauled away. On July 21st, a cleanup of public land around Fort McMurray cleared out more than 2,400 kilograms of debris from the Highway 63 Trout Pond, including a truck bed and an engine block. In Red Deer, volunteers from the Turning Point Society of Central Alberta helped clean up a small island in the Red Deer River. Volunteers removed several propane and fuel tanks and a discus and javelin believed to be stolen from a local school.

“Respecting our wild spaces and leaving them in pristine shape is an Albertan thing to do,” says Environment Minister Shannon Phillips.  “While summer cleanup campaigns are underway, our enforcement officers are cracking down on individuals caught using public land as their personal dump.”

Punishment for dumping garbage on public lands can result in anything from simply being ordered to clean it up to a $100,000 fine.

The government also wants to get the message out that their Report a Poacher hotline covers a whole range of damage to the environment beyond its namesake.In addition to poaching, witnesses can call 1-800-642-3800 if they see illegal dumping or someone driving a vehicle or boat into areas closed off to the public.  The hotline has received 100 calls so far in 2017.

So far this season, officers have have had 2,400 incidents involving abuse of public land that resulted in some kind of enforcement.