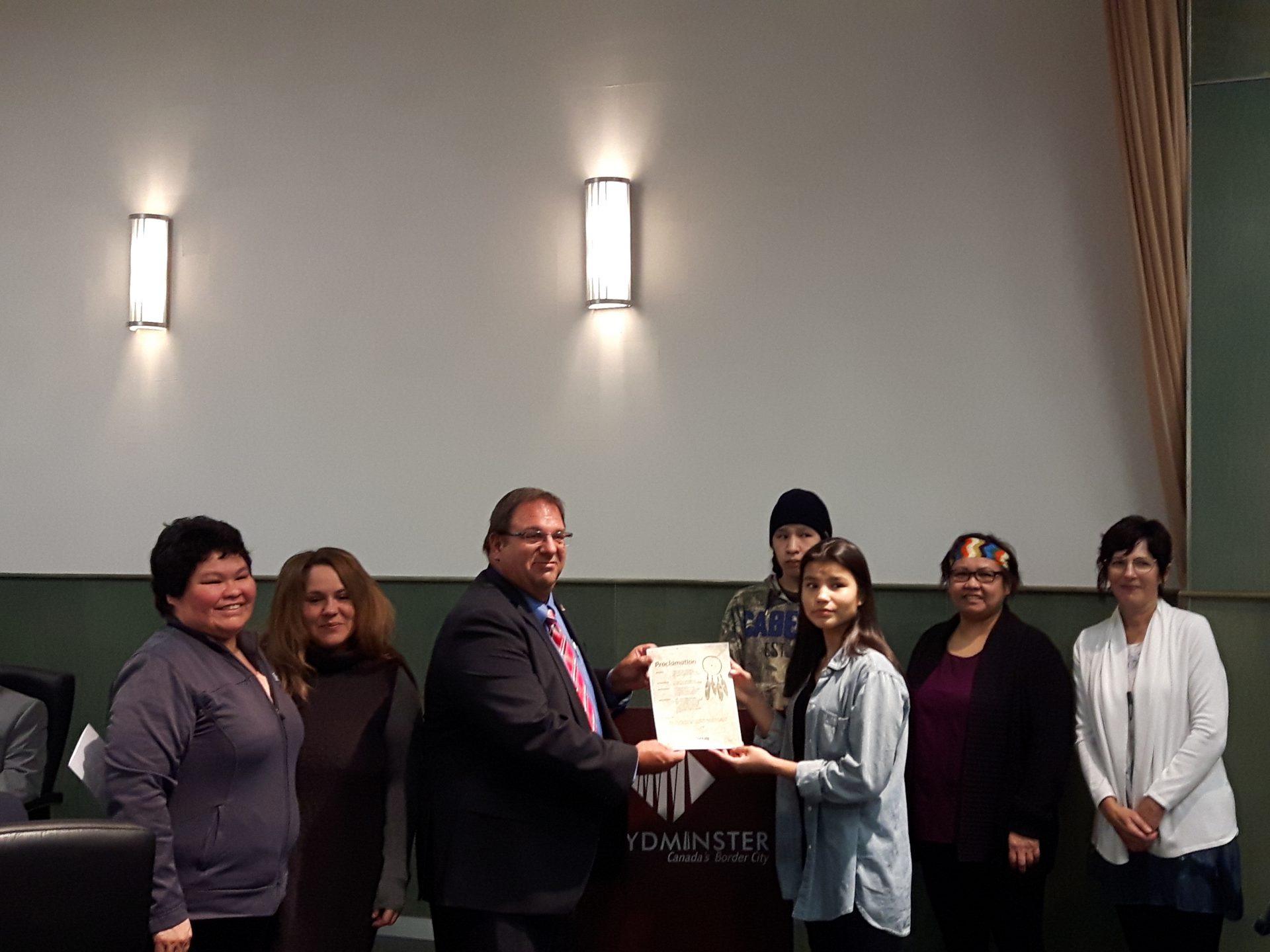 Mayor Gerald Aalbers signed a proclamation Monday at city council recognizing the oral history and knowledge shared through storytelling. As well as the teachings by Elders and Knowledge Keepers. Aalbers says that indigenous people and the city are business partners that have a responsibility.

“We stand on Treaty 6 territory. We have a relationship with the Aboriginal and indigenous people in this country and it’s important that as a municipality that we play an important part.”

A smudging ceremony took place before council that was lead by an Elder from the Onion Lake First Nation. Aalbers says that it’s important for the community to be involved and learn about the indigenous history in our country.

“I think it’s an opportunity to become more informed of what’s went on in the past. Certainly from the Aboriginal perspective as well as from a colonization perspective.”

Various festivities will be taking place throughout month that the city hopes will engage the residents such as a blanket ceremony.