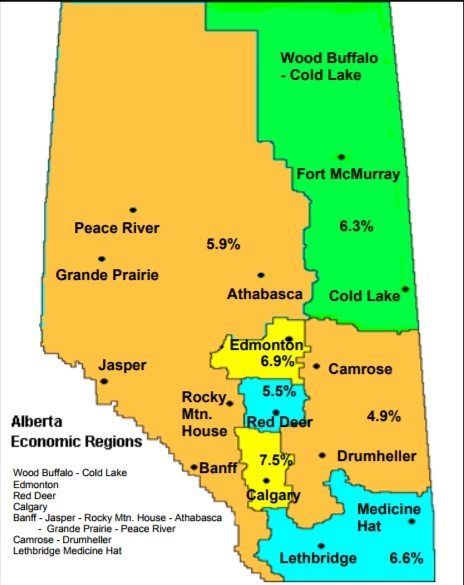 Stats Canada reports the unemployment rate for the region that houses Lloydminster is 4.9 per cent. The region also includes Camrose and Drumheller and has seen a 1.1 per cent decrease in unemployment since its last report in December.

The provincial unemployment rate is at 7 percent, up just .1 per cent. Calgary continues to have the highest rate in the province with 7.7 per cent unemployment.

In Canada, full-time job increases were wiped out by the loss of 137,000 part-time jobs. That led to a .1 per cent increase in the unemployment rate across the country to 5.9 per cent.

British Columbia has the lowest unemployment rate at 4.8 per cent while Newfoundland and Labrador have the highest rate nationally at 14 per cent.

With files from Tricia Kindleman.