Blanket ceremony teaching the history of indigenous peoples in Canada 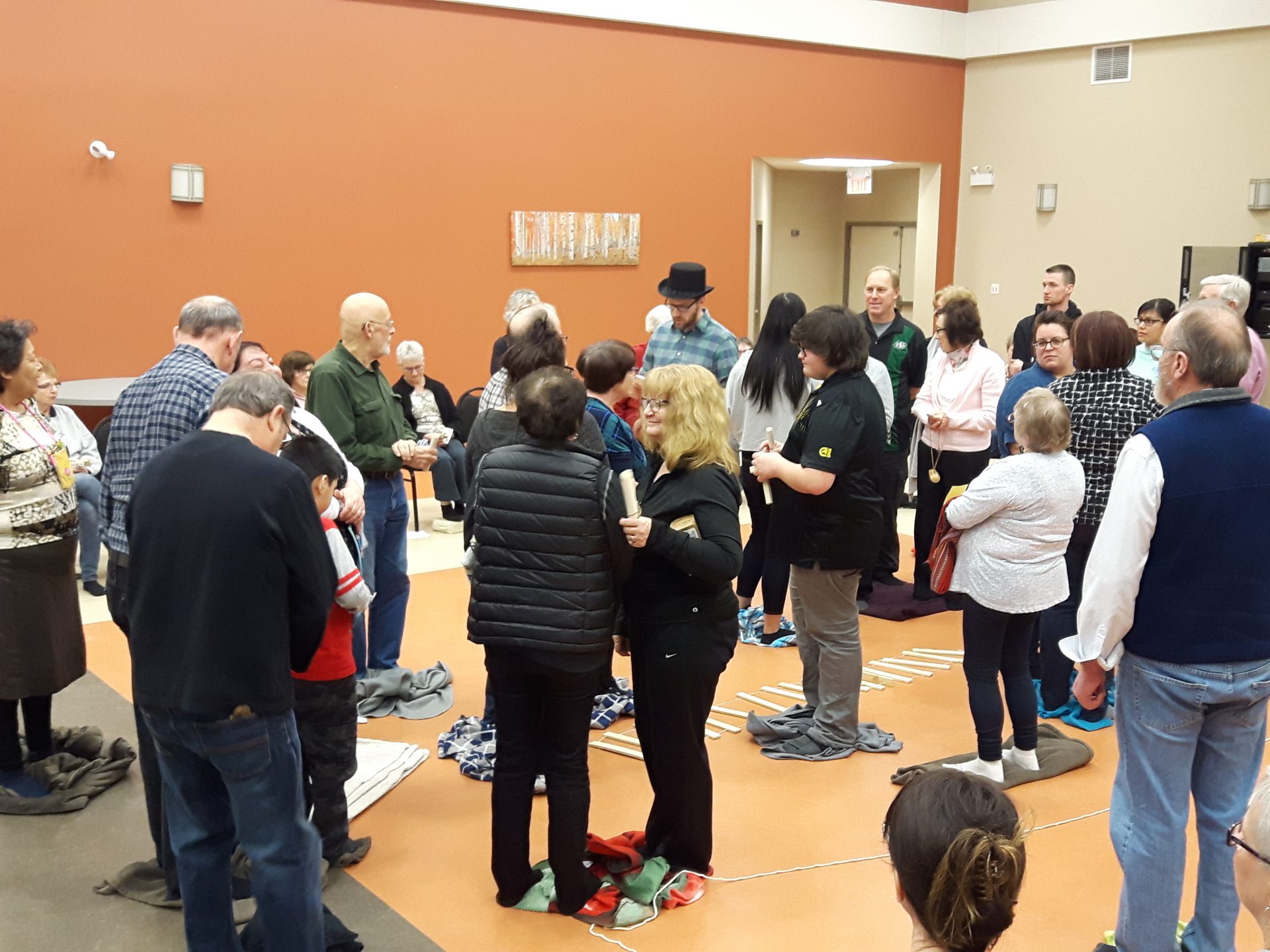 Students from the Lloydminster Public School District (LPSD) put on a blanket exercise to help the city’s residents understand the history of indigenous peoples in Canada.

First Nations, Metis and Inuit Graduation Coach at Lloyd Comprehensive High School (LCHS) Denae Bruce says the blanket ceremony is a simulation of what happened in Canada over the last 150 years.

“So we go back and we lay blankets all over the floor. We have the participants come into what was known as Turtle Island and we slowly take the blankets away like the land was taken from Indigenous people in Canada.”

Bruce says the activity started with students in the high school after she found that they were quite dispersed and then the process of building the students into mentors began. Now, the blanket activities are facilitated by students leaders who also go into the community and mentor younger students.

“Some of our students are not connected to their culture so by participating in this it gives them a chance to reconnect within our culture and the school too and then in turn being able to share it with the community making them stronger leaders.”

One of the student mentors who facilitated the exercise was grade 10 student Alexa Blyan who says that it’s important to talk about the issues faced by Indigenous people and how they are starting to heal.

“I know myself and most of the other girls have gone through most of these experiences that we talk about and our role as the mentors at LCHS is to spread awareness and to do our part to make the future better for Indigenous people.”

Blyan says that it was nice to see people from different backgrounds come support the event. She also hopes that people know that there was a lot of hurt towards Indigenous people and it is still an issue that we need to help fix.

There were around 50 people who participated in the exercise and Bruce says that this is one of the biggest turnouts she has seen since the exercise began.