Kitscoty residents to voice their concerns on rural crime 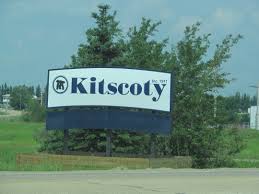 An Alberta based nonprofit organization is discussing rural crime in Kitscoty in hopes of developing solutions to the problem.

The Economic Education Association (EEA) is putting a ‘Safe Communities’ meeting to ensure their concerns on public safety, rural crime and government responsibility are being heard.

National Post Columnist and speaker at tonight’s event Dr. John Robson says the first duty of government is to protect its citizens through policing and the justice system to punish crimes.

“I think rural crime is an extraordinary problem in part because it’s getting so serious and in part because the authorities are not treating it as though it were serious.”

Rural crime has been a topic of conversation in Alberta for quite some time. MLA for Vermilion Lloydminster Dr. Richard Starke had a rural crime talk in Mannville in the fall, MP Shannon Stubbs had one in Marwayne in December and the annual rural crime watch meeting in Kitscoty took place recently.

Chair for the EEA Danny Hozack says there has been lots of talk about the problem, but not a lot about the solution and that’s there goal tonight.

“I’m 50 something years old, I’ve never seen the concern that we have right now about rural crime and safety and security and what we can do about it.”

Solutions to rural crime is the main theme of the evening and Robson says people need to consider the role of government in providing safety to its citizens.

He also adds that people need to report crimes and look out for suspicious activity as a community to prevent any illegal activity in the future.

The event will be taking place March 5 at 7 p.m. in Kitscoty.