100 Men Lloydminster looking to make a difference to charities 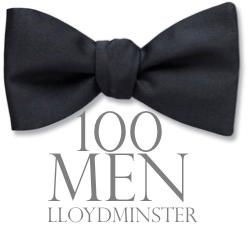 Charities in Lloydminster could soon get a boost from a new organization.
A new group called One Hundred Men has started in the Border City, with the goal of donating $10,000 to four charities every year.
The idea is to sign up 100 men to meet every three months, bringing with them a cheque for $100. Charities will then come to meetings to give a five-minute pitch, and the members vote on which charity should receive the funding. Co-founder of the group Shane Schneider says they got the idea from similar groups in other cities across Canada.
The group has signed up over 54 people so far, and have planned their first meeting for Tuesday, June 2, in Rock Creek Tap and Grill. Schneider says women are welcome to join as well.
To sign up, go to 100menlloyd.com.
Facebook
Twitter
ReddIt
WhatsApp
Email
- Advertisment -
- Advertisment -
- Advertisement -