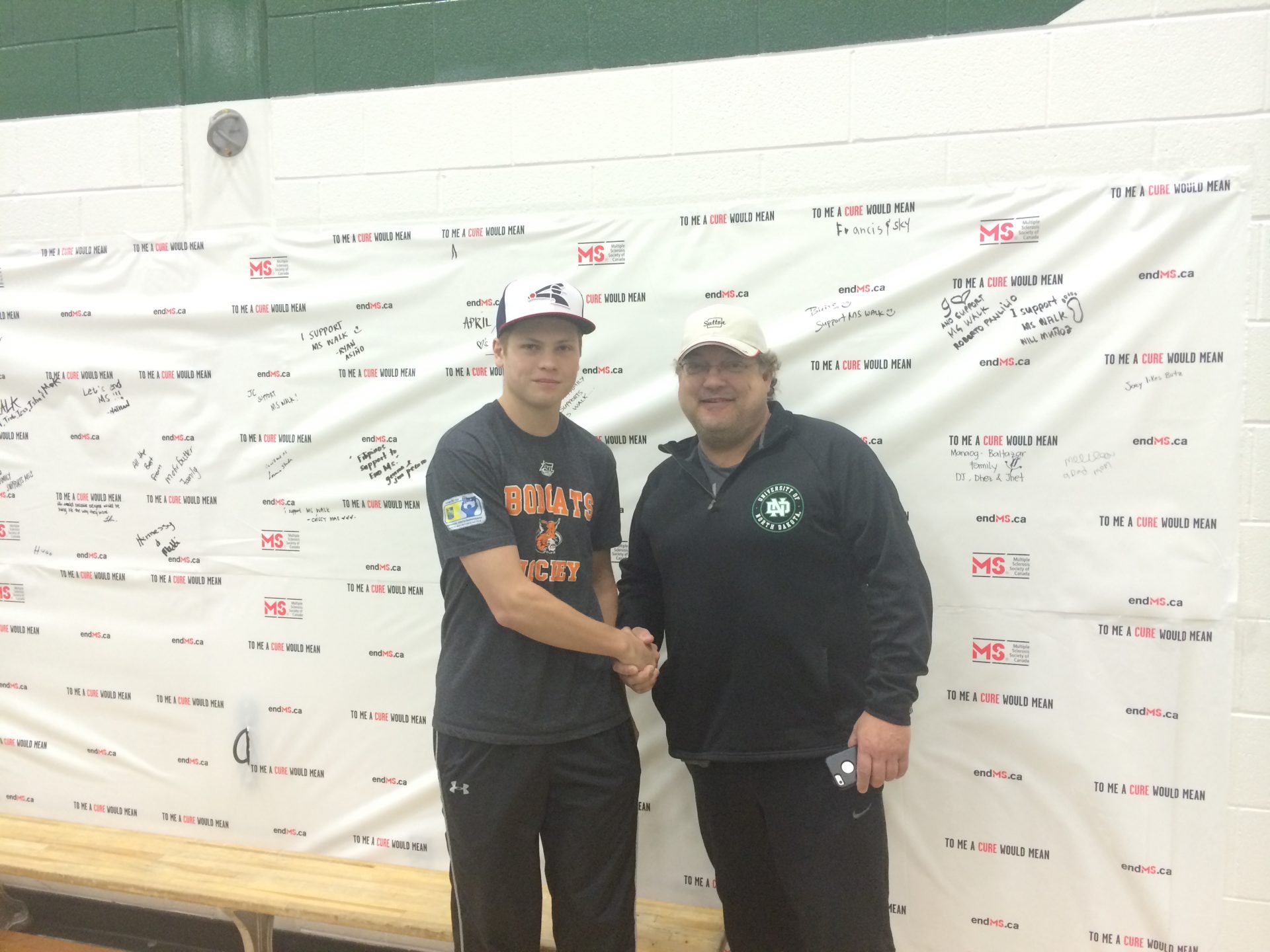 The Lloydminster Bobcats have signed local prospect Jaxan Kaluski.
The 16-year-old forward spent last season with Lloydminster’s Rohan Rage, tallying 10 goals and 19 assists in 32 games.
“Jaxan is a skilled forward with a strong compete level,” said Gord Thibodeau, Bobcats General Manager. “We feel that Jaxan will be a solid contributor to our organization for many years to come. Jaxan has had a strong minor hockey career in Lloydminster, and he will quickly become a fan-favourite with his skill, work-ethic and tenacity.”
“I grew up watching the Bobcats and to have the opportunity to sign and play here is very exciting and such an honour,” Kaluski said.
With the signing, he joins a prestigious list of NHL players and prospects from the Lloydminster area to play for the Cats, including Wade Redden, Scott Hartnell, and former captain Linden Springer.
Facebook
Twitter
ReddIt
WhatsApp
Email
- Advertisment -
- Advertisment -
- Advertisement -