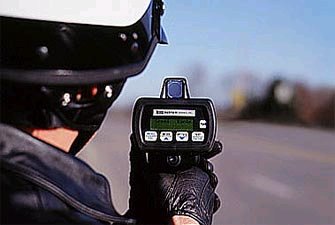 Lloydminster will have to prove that photo radar is working in order to keep using it. The Alberta Government is taking steps to reduce photo radar’s use as a revenue generator for municipalities.

Over the 2016-2017 calendar year, automated traffic enforcement (ATE) earned Lloydminster just over $1.1 million in revenue, spending over 112,000 hours at 101 locations. Revenue generated from photo radar is divided between the city, the province and the Victims of Crime Fund. The formula for dividing revenue won’t be changing. Half of the city’s revenue goes into a Reserve Fund.

The revenue generated by Lloydminster doesn’t rank in the top 15 for most revenue made; Whitecourt made just over $9,000 more than the city, and Edmonton ranked the highest with more than $50 million. These numbers come from a review of ATE practices started in 2017. Minister of Transportation Brian Mason says the new guidelines will give clarity around how photo radar can be used.

“Our goal is to eliminate photo radar as a tool for revenue generation. Photo radar operations must contribute to significant traffic safety outcomes, like reducing collisions and saving lives. We are updating the provincial photo radar guidelines to provide the direction and clarity that municipalities and police agencies need in order to focus on safety,” says Mason.

The changes to the guidelines mean Lloydminster will need to use collision data to justify its in-house ATE. Auditing municipal traffic safety plans will be used, and posting the ATE locations online will be required. This practice is already done on the city’s website. A loophole allowing for ATE to be used on any four-lane or high-speed road without data to support it will also be fixed.

The government says these changes will be made over the next year and more is to come. Mason says the ministry will work with municipalities to make ensure photo radar is justifiable. Police patrols scanning with photo radar, and photo radar in playground, school and construction zones will still be allowed.