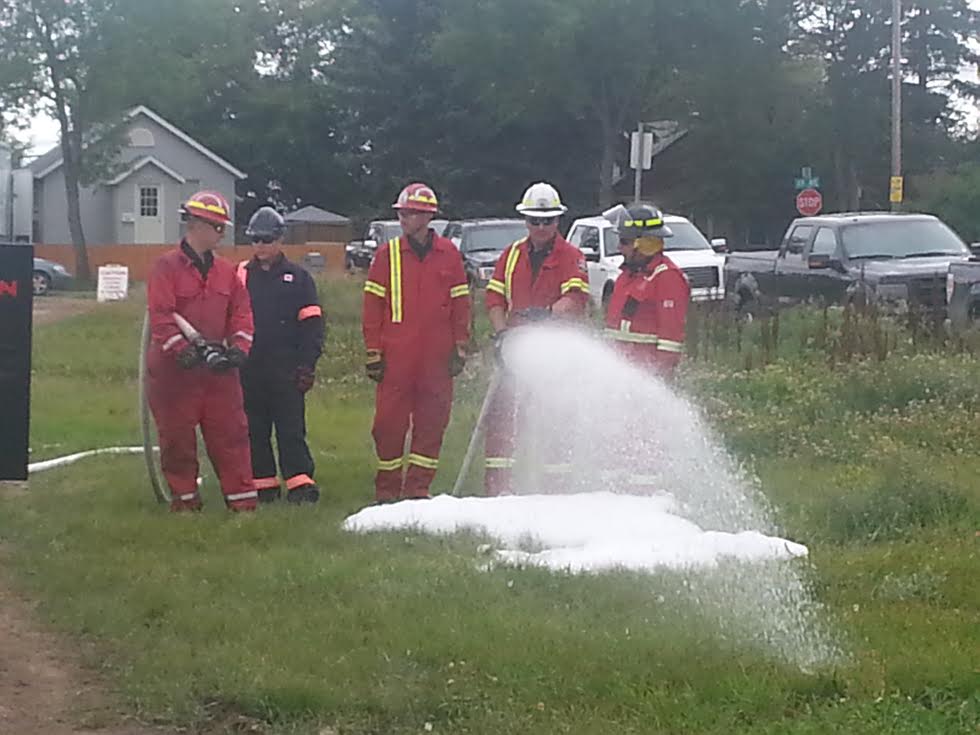 Lloydminster and area firefighters were the beneficiaries of specialized training.

On Thursday, August 20, and Friday, August 21, firefighters from around twelve departments from surrounding communities came to the CP rail yard at the north end of the city to learn how to fight fires caused by flammable liquids leaked from trains. The training was run by Transportation Community and Awareness Emergency Response, or TRANSCAER.

Randy Mak, chairperson of TRANSCAER said the many flammable chemicals pass through Lloydminster.

“There’s a lot of crude oil,” Mak said. “That’s the one the one that’s the biggest focus in the last few years, but there are things like butane, and propane, condensate, which is also a flammable chemical, all those kinds of things all go through the town here.”

The Lloydminster Fire Department also participated in one of the training sessions. Brad Martin, deputy chief, said it was helpful.

“It was very beneficial for all of our members,” Martin said. “You can’t get training like that out of a textbook. We got to go hands-on, and actually see equipment, and get in there, touch things, and understand the real inner workings of those cars, and things that we may need to know.

“Personally, I haven’t been through anything [in which] we would’ve needed this, but the best emergency preparedness comes in planning, so it was great to get that opportunity and do that with TRANSCAER.”

The training was requested by the City of Lloydminster, CP Rail, and Husky Energy, to avoid a train disaster such as the one which hit Lac Megantic, Quebec July 6, 2013, which killed 47 people.