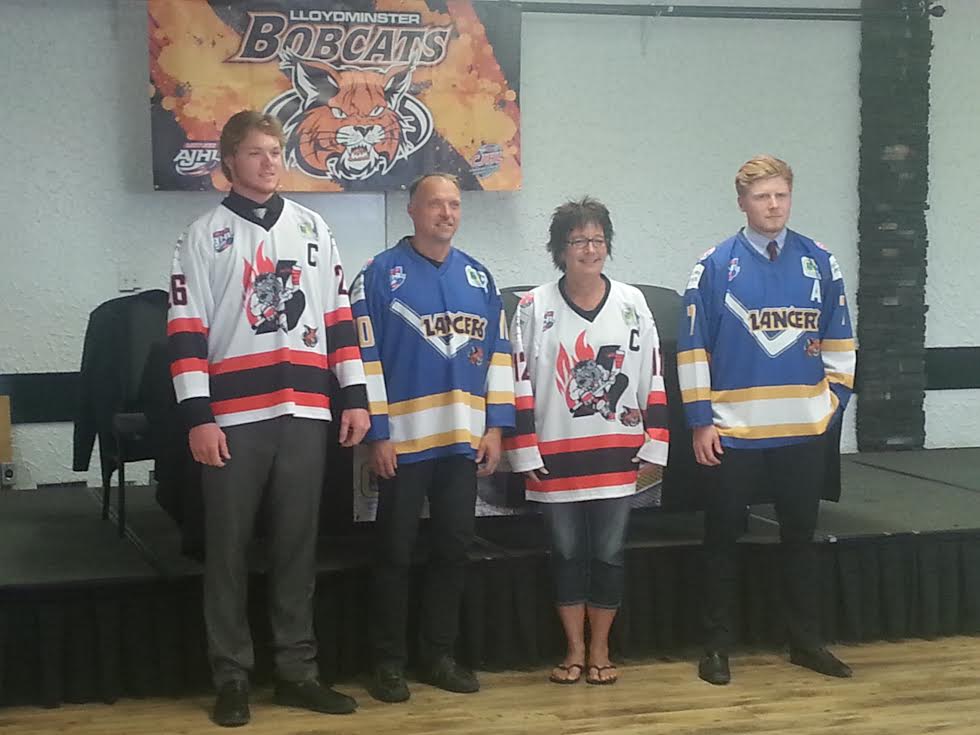 The Lloydminster Bobcats have unveiled their third jerseys for the 2015-2016 season.

The team will be bringing back jerseys from their Lancers and Blazers days, as part of their new Flashback Friday games. From the start of the season until New Year’s Day, 2016, the team will wear white Blazers jerseys every Friday, and for the second half of the season they will switch to blue Lancers jerseys.

“There have been many hands involved in supporting and building this team throughout the years,” said Radke. “Our appearance in the 2016 RBC Cup has been 34 years in the making, and we thought these throwback jerseys would be a fun way to honour the work of past players, staff, and volunteers.”

Team chiropractor and former Lancer Lee Atkinson said he is in favour of the new attire.

“I thought it was a fantastic idea,” said Atkinson. “The team’s been around for a long time, and just to bring some history and heritage back in I think will bring more back to the organization. It’s important to have in town. So I was excited to help to give back a little bit.”

The team also released the RBC Cup schedule which will kick off Saturday, May 14. The championship game will take place Sunday, May 22, and will be nationally televised on TSN.