New party for the people of Battlefords-Lloydminster 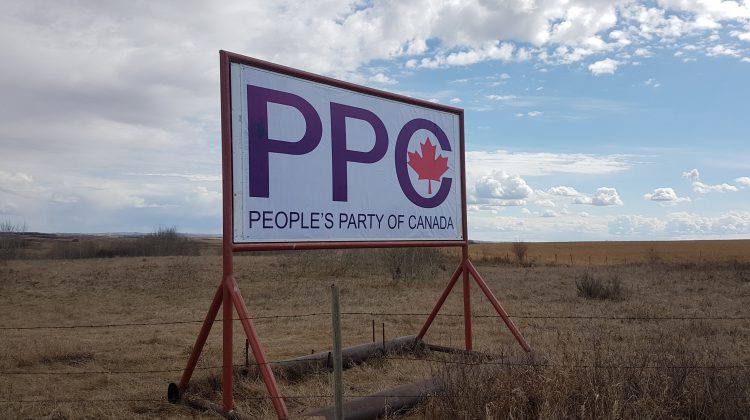 A People's Party of Canada sign on farmland north of Lloydminster. Photo: Brendan Collinge/106.1 The Goat

A new political party is organizing ahead of the federal election. The People’s Party of Canada or PPC is making a presence in the riding of Battlefords-Lloydminster and is seeking nominations for candidacy.

The party formed in 2018 after Maxime Bernier split from the Conservative Party of Canada. Bernier cited poor leadership from CPC leader Andrew Scheer and has since registered his new party. The PPC doesn’t believe they are splitting the vote because they present themselves as different from the Tories saying they no longer support their values. Bernier called the Tories “too intellectually and morally corrupt to be reformed” in his resignation speech. His new party tells people that they are “not another conservative party”

The party says that they believe in small governments, balanced budgets, personal responsibility, common sense solutions to public problems and demanding integrity from the government. Anyone interested in being nominated as a candidate in the riding is asked to email [email protected] The party is also hosting an information session on Thursday, May 2 at the Lloydminster Exhibition in the Alberta Building. With doors at 6 p.m. and the discussion beginning at 7, the party hopes to share more about it’s values with the people of Lloydminster.