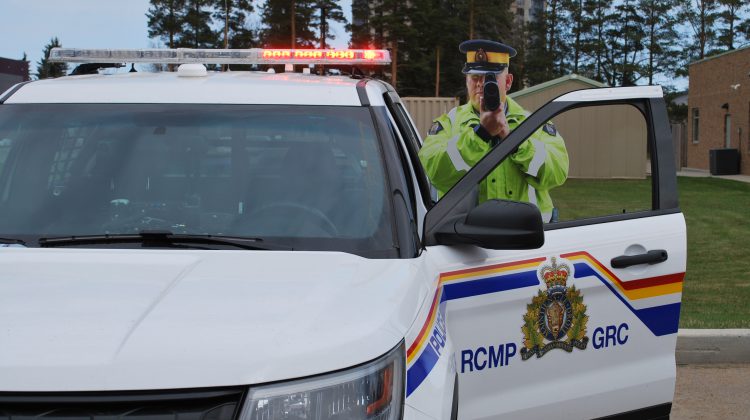 The new commander of the Lloydminster RCMP Detachment, Insp. Lee Brachmann, is hailing the new speeding deterrent in the city. The Lloydminster RCMP, in partnership with the city, has brought a lifesize cutout of an officer using photo radar to the Border City.

Announced by the city earlier this month, the Const. Scarecrow program originally started in Coquitlam, B.C. Since then, the Coquitlam RCMP has reported the number of drivers exceeding the speed limit was reduced by about 50 per cent. Insp. Lee Brachmann says he’s excited about the new method of traffic enforcement.

“We are excited about the collaboration with the City of Lloydminster. This initiative is a positive step to enhance road safety. Hopefully, we will see a reduction in the number of violations found on the roads,” says Brachmann.

The lifesize metal cutouts will be placed in strategic and visible spots next to roadways around the city to deter speeding. The RCMP says traffic enforcement is integral to reducing collisions. In 2016, 85 per cent of Alberta collisions involved at least one driver who made a driving error.