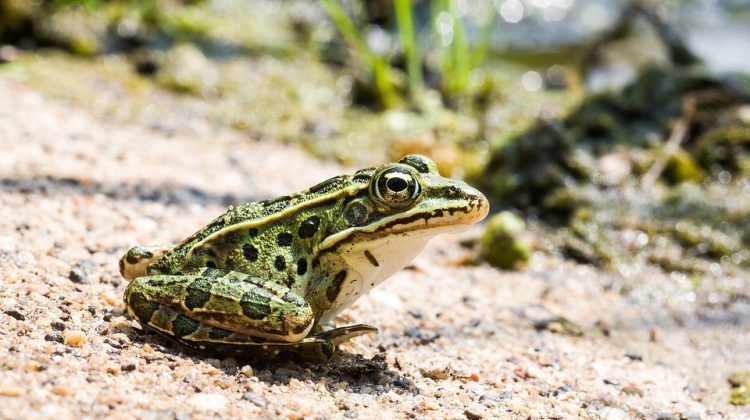 The Parkland Herptile BioBlitz is returning for its third year this May long weekend. From May 18-20, a survey of frog and toad calls is coming to the region to help gather data on amphibian and reptile distribution.

There are five toads and frogs with calls the survey is looking out for. The familiar boreal chorus frog, the wood frog, the northern leopard frog, the Canadian toad and the plains spadefoot toad. Both of the toads may be at risk, while the leopard frog is currently classified as at risk and the other two frogs are considered common. Sightings of non-calling reptiles such as salamanders, garter snakes and garter snakes hibernacula are also appreciated.

The surveying happens on a quiet stretch of road or field near bodies of water. It begins at sunset and goes until midnight or 1 a.m. Participants will need the ability to differentiate between different frog and toad calls, which can be easy to learn on the BioBlitz Facebook page or at naturenorth.com. The BioBlitz is coordinated by Lakeland College environmental sciences instructor Darcey Shyry, who says there’s a limited time frame to survey with due to a difference in how each species approaches its mating season.

“What we’ve got is the frogs calling early and the toads calling later. The May long weekend just happens to be the end of the frogs and the start of the toads, so that’s why we chose that time. Once the breeding season is over, they stop calling pretty quickly, and we can’t do this survey anymore,” says Shyry.

This year Lakeland College and the Alberta Amphibian and Reptile Conservancy have agreed to a partnership, so biologists from Lakeland and the AARC will help coordinate participants. Shyry adds that anyone can really participate, and hopes to involve more local participation from landowners.

“If landowners have ponds on their land, they can just go out and check out their ponds. If they report that data, eventually, I’ll get it. It’s going to take awhile that way. Whereas if they participate in the BioBlitz then I’ll grab all that data and enter it myself before I send it off. The more people, the better it is!”

Anyone willing to participate will need to drive themselves or have a ride. Those interested can contact Shyry at darcey.shyry@lakelandcollege.ca or check out the Facebook page.