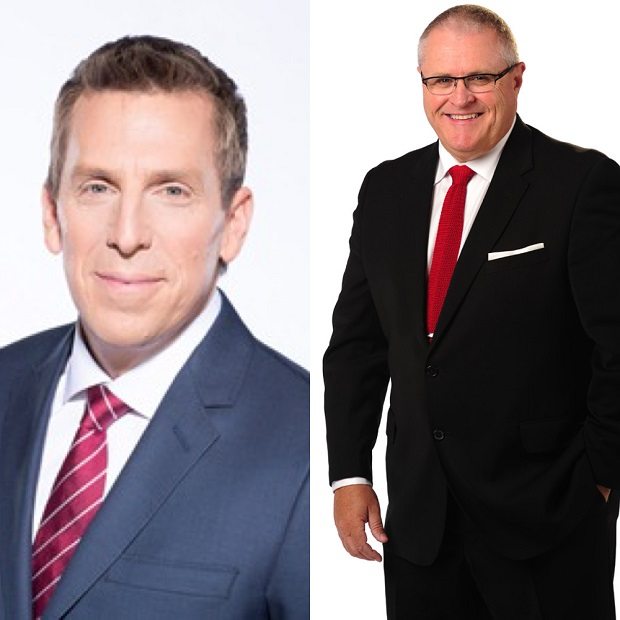 The Lloydminster Bobcats played host to two of hockey’s celebrities.

Bob McKenzie and James Duthie spoke at Thursday, September 10’s Evening of Champions, the annual kickoff to the Bobcats’ season.

McKenzie says that Junior A hockey is a very important part of Canadian culture.

“When you talk about Junior A hockey [and] what it means to smaller communities in Canada, it really is the lifeblood of a lot of communities and I’m sure it’s that way in Lloydminster too,” McKenzie said. “I’ve never been to Lloydminster before, but you can tell as soon as you get here [that] there’s a great amount of civic pride in the hockey team, in the town, and the hockey team gets to go outside that area and represent it. I mean, Junior A hockey’s tremendous. I know that from experience. My son Mike played four years of Junior A hockey in Ontario, and [it was a] tremendous 4 years of his life, [and a] tremendous 4 years of my life.”

The two sportscasters also got a chance to speak to the player’s before the festivities. Duthie says their advice was simple.

“I think what we said more than anything else was, this is the time of your life,” Duthie said. “These are the greatest hockey years that most of these guys will have, and so you’ve got to soak it up and enjoy it. Everybody’s thinking about ‘what’s next for me?’ ‘what’s the next level?’ ‘where am I going?’ but they’ll look back on these years as the best. It’s hard to do sometimes when you’re 17, 18, [or] 19 years old, but soak it up. Especially a year like this when you have the biggest championship in Junior A hockey in the country coming to your town.”

The two personalities spoke to a packed house about their experiences at TSN, and how their careers developed before joining the station.