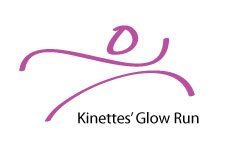 The Kinettes Club is inviting everyone to their Glow Run. The run is set to take place in Bud Miller Park on Saturday, September 19, to raise money for cystic fibrosis and an outdoor fitness park.

“We are excited to be able to host the run again, this year doing it a little differently. Whereas last year we did a daytime run, 2015 is the year of the night run! We are doing the walk/run after the sun goes down,” says Wendy Sydoruk, The Kinettes’ Glow Run committee chairperson. “We have lots of glow items to make the night light up for the runners. Half of the money raised will go directly to help people with cystic fibrosis, in honor of Kinette Amie Gray­Carroll, who lost her battle to CF in 2013. The other half will go towards building Lloydminsters’ first Adult Fitness Park.”

The club also says there will be prizes up for grabs for the first, second, and third place finishers, but also for the best glowing runner, the oldest & youngest runners, and other categories.