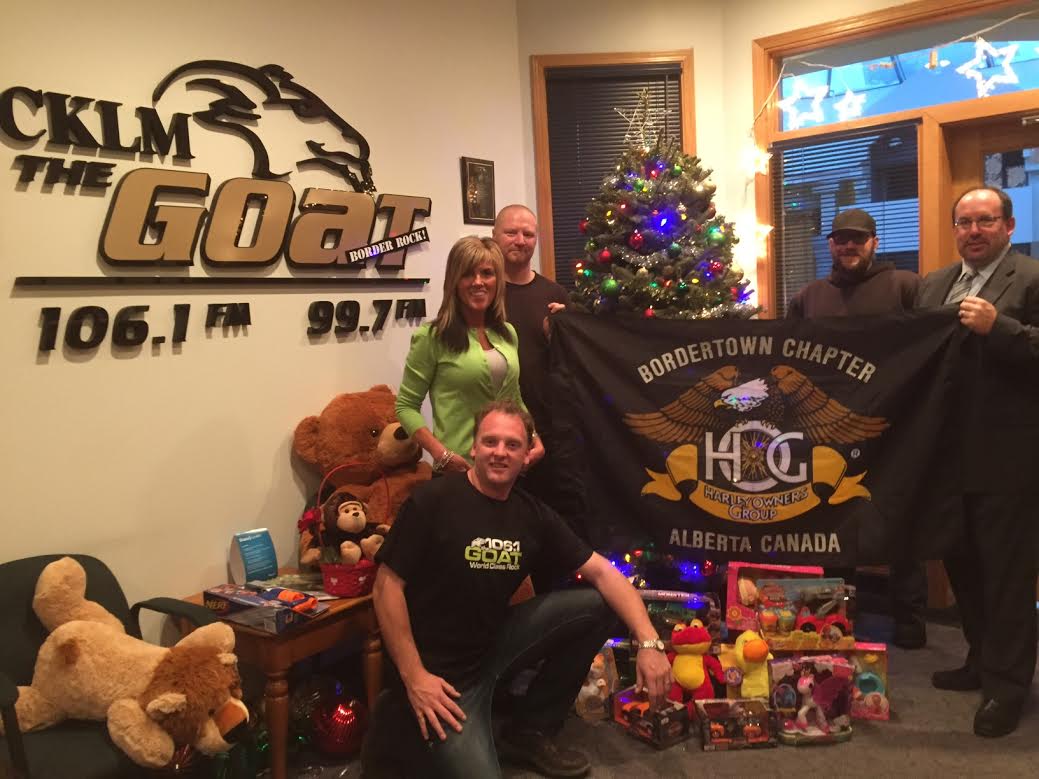 The group raised $65,500 for local kids’ charities, a jump of around $5,000 from last year’s run, along with $6,000 worth of toys. Jon Buhnai, the ride’s operations manager, says the ride got a great response this year.

“We had about 218 registered riders, and I know there was probably 15 [to] 20 more people that joined in on the ride,” Buhnai said. “[There was an] absolutely huge number of bikes. It was absolutely awesome, the RCMP and Bylaw [Officers] in [Lloydminster] guided us around the city and blocked traffic, and we had [about] a mile of bikes cruising around. I’ve never had that kind of experience with that many bikes before. It was absolutely crazy.”

Buhnai’s goal when he organized this year’s run was to beat last year’s fundraising total. He says it was the run’s newest addition that helped him get there.

“The pledges were down this year,” Buhnai said. “We were down about $4,000 from last year. I think what really happened this year was we had a cabaret this year, which was new, and we sold a pile of booze there. The Prairie Dogs were awesome, so they kept everybody dancing, and I think that’s what put us over this year.”