North Battleford bakery in the running for Sweetest Bakery in Canada 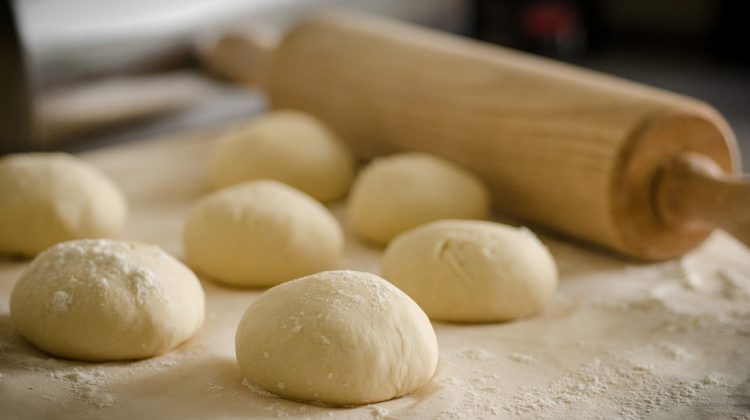 Dough and a rolling pin on a counter. (Photo by Pixabay.com)

A local bakery is nominated for Sweetest Bakery in Canada. The national competition allows for votes to select the country’s best bakery.

For North Battleford’s Danish Home Bakery, the nomination is the family-owned business’ third year involved with the contest. It’s up against 20 other Saskatchewan bakeries and more than 100 others across Canada. The competition features big names in large centres, such as Crave Cupcakes. For owner and operator of the bakery, Andrew Thiell, the recognition reflects well on their independent operation.

“We run with three of us that work the morning shift, two people that work the day shift, and a delivery person. We’re quite small in the grand scheme of things,” says Thiell.

Danish Home Bakery has a long history in North Battleford. Thiell’s grandparents bought in 1962 and opened it as Norwood Bakery. His dad expanded the business in the late 70s before selling it. It soon closed, before re-opening under new management while Thiell worked as a restaurant owner and Sobey’s bakery manager. He bought it back in 1998 and re-opened the business as Danish Home Bakery.

The contest’s grand prize is recognition of sweetest bakery in Canada and a round-trip for two to participate in a workshop with an executive pastry chef in Jackson, Michigan. Lesser grand prizes are available for each region and one per category of donut shop, cake/cupcake shop and full line bakery. Thiell isn’t too concerned with how well the bakery will place, but is happy to be taking part.

“To be put into that category, to be involved and being nominated, that’s very flattering in itself. We know we do well,” says Thiell.

The contest is open for votes from anyone once per day. Anyone wishing to vote for their favourite bakery can visit the polls at sweetestbakeryincanada.com.