Alberta separatists to speak in Lloydminster 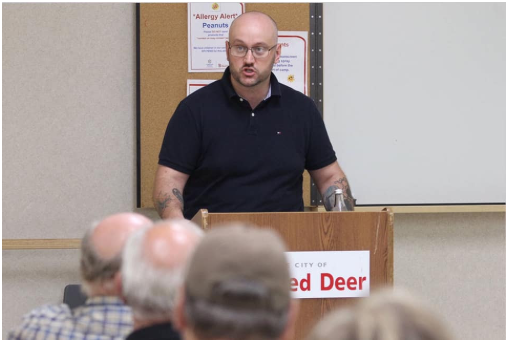 Wexit Alberta will be making a stop in the Border City. The group has a goal of Alberta separating from Canada and the British Commonwealth and takes its name from Brexit, the title given to the United Kingdom’s referendum to leave the European Union.

Wexit Alberta also identifies as a conservative group with policies including the cutting of corporate taxes, abolishment of federal tax and GST, and expansion of the pipeline and energy industry. Founder Peter Downing says its intention is to unite all separatist movements in Alberta under one banner and dispell what they call an “unfair advantage” to eastern Canada.

“We look at the situation as Alberta being under the thumb of Ottawa. We have 34 seats in the House of Commons, compared to the Province of Ontario, which has 121. Compare that to the Province of Quebec. The City of Toronto has 25 alone; Montreal alone has 10. Those two cities outvote Alberta 35 to 34, and when the economics and politics of those two provinces are diametrically opposed to Alberta’s political and economic interests, we’re completely at the mercy of people who are just able to vote to take our stuff, to raise our taxes.”

The aspiring political party will be visiting Lloydminster on August 24th to give a talk called, “Confederation: Can it Be Fixed?” It will feature members of Wexit Alberta and its counterpart Wexit Saskatchewan, as well as former Tory MP and Reform Party candidate Alan Kerpan. Downing says he believes separatist sentiments are growing in Alberta, and an election with Alberta secession as a key issue could be on its way.

“If the Supreme Court wants to say that we just need a clear majority on a clear question, 50 plus one percent, well the 2023 election is going to the referendum on separation, and every single election after that.”

Downing adds that the proposed referendum, unlike the voted-down Quebec Separation Referendums in 1980 and 1995, would be less focused on cultural identity and more on restoring the economic playing-field between eastern and western Canada. Currently, Wexit Alberta is working towards having the required number of candidates on the ballot.