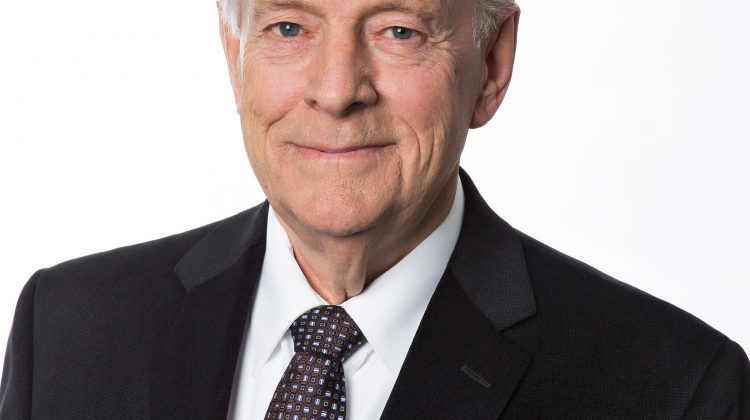 Lloydminster councillor Ken Baker is celebrating 25 years with the City. (Photo submitted: City of Lloydminster.)
Councillor Ken Baker is being recognized for 25 years of service on Lloydminster’s City Council. The City of Lloydminster announced last week that Baker is receiving the Alberta Urban Municipalities Association Distinguished Service Award.
Baker began his first run as a councillor in municipal politics from 1994 to 2000 before representing the city as mayor from 2000 to 2009. He later returned to council chambers when he was re-elected to council in a 2014 by-election and the 2016 local election.
“Having the privilege of serving the community is very special and has been a great honour in my life. I have always believed that if you want to see your community provide quality of life for people, then one must step up and help make it happen,” says Councillor Baker in a press release. He declined to comment further.
In almost 50 years of calling Lloydminster home, Baker has had an impact in building the community as an elected official and through his years in the construction industry. He played a central role in the development of the Servus Sports Centre and the Vic Juba Community Theatre.
The AUMA Convention Sessions is September 25, 2019, in Edmonton.