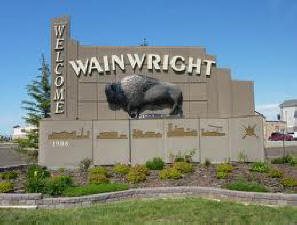 Wainwright was rated most affordable community in Alberta in a new survey.

According to a survey done by the government of Alberta and Stats Canada, Wainwright is the most affordable place in Alberta. The 2018 Alberta spatial price survey compared the relative price levels of food, shelter, transportation and other items in 35 communities in the province.

The survey was done from October 2018 to January 2019 and used Edmonton as the basis for comparison to other communities. The same items were used across all the communities to ensure a consistent result. Items were also weighted differently based on the amount spent in the community.

Overall, the cost of living in Wainwright was 10% less than in Edmonton when all items were considered. The town had the lowest costs for non-food items and rated eighth for food items.

Wainwright mayor Brian Bethune says the result says a lot about the community and its businesses.

“Out of 35 communities, some bigger and some smaller, they survey and to come out on top for the cost of living feels pretty good. We’ve always said Wainwright is the best place to work, live and raise your children and here’s the proof.”

Bethune says the town has grown steadily over the past 10 years and credits the diverse industry within Wainwright.

“The people here and we’ve got a diverse industry because we have the military base, farming and we have a bit of oilfield. So when one is down the other fills in for it and they all take their turn. So we don’t see the big drops like some other communities.”

Wainwright was rated the most affordable in the 2016 survey.