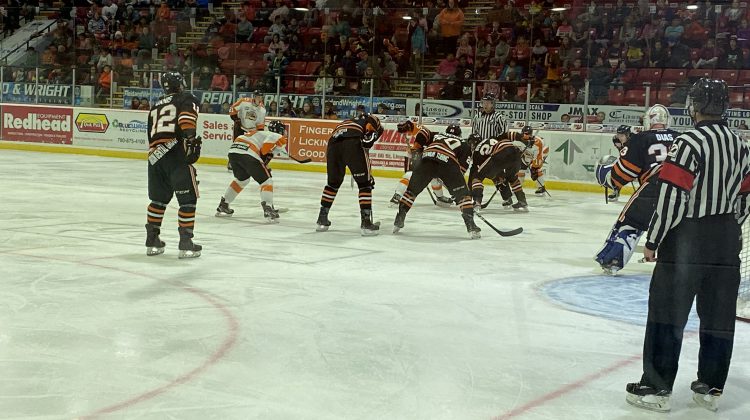 The Lloydminster Bobcats are giving families in Onion Lake a dose of Junior A hockey. General Manager Nigel Dube says the organization is familiar with players in Onion Lake but it’s been a while since the team has played there.

“Are summer hockey school had a lot of participants from Onion Lake. It’s nice to build that relationship through hockey school and now the little ones can watch the big ones play.”

Dube believes games outside the community will give the players a big crowd experience with new faces while promoting that anyone can be a Bobcat one day.

“I think it’s a win-win for everybody. I think the league likes it because we’re getting outside of the main hubs of our league. It also gives big exposure to the AJHL which is a big piece in why we’re doing the game.”

This is the Bobcats only stop in Onion Lake this year. Dube says a return may be possible as the organization will have a schedule meeting at the beginning of next season.

The Bobcats will be hosting the Fort McMurray Oil Barons on December 6th at 7:30 p.m at the Onion Lake Memorial Communiplex. Fans can get a ticket and a ride on a bus to the game for $20 by contacting the office at 780-871-0900 or email admin@lloydminsterbobcats.com.