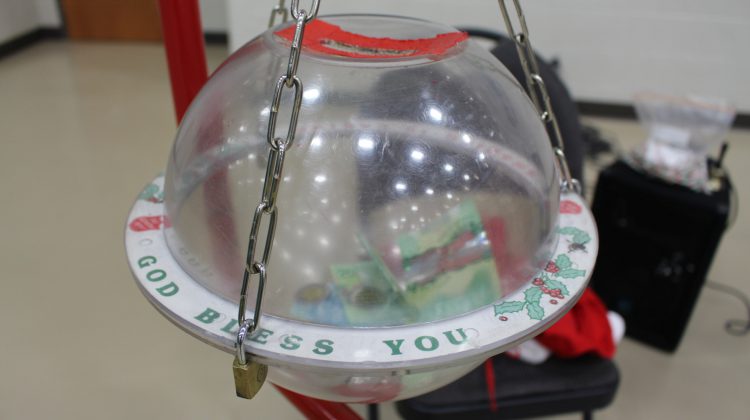 The Lloydminster Salvation Army exceed their goals and raised $83,000 in their Christmas Kettle campaign. Major Bond Jennings says their goal was to surpass the previous year’s amount of $57,000.

“Last year they didn’t reach the goal so we brought it down a little bit according to what they raised last year and this year we went well past our goal. It’s really great because even though we surpassed our goal we haven’t surpassed the need, as we see it, in the community.”

Money raised will go back into operational costs for the Food Bank as well as meeting other needs in the community. Jennings says they also received huge support from the community in terms of volunteering.

“We did not lose one hour on our kettles. In the 22 days that we were out, we had 946 hours and they were all covered. We had an excellent group of volunteers that came and helped along with us.”

Another goal for the Salvation Army was to raise over $200,000 in 2019. Jennings says they are still gathering the numbers but the last time he had checked they were at $150,000.

In 2020, the organization will be looking at tweaking their existing programs and fundraisers to be more efficient. Jennings says they’ll first make sure that they are meeting the needs of the community in the best way they can before looking into new projects.

Jennings says thank you to the Lloydminster community and surrounding area and that they are very giving.

“People see that there’s a need in the community and we’re very grateful and honoured that they’ve entrusted us with their generosity to help others.”

He says the giving continues with people coming by to drop off either food or monetary donations this week.