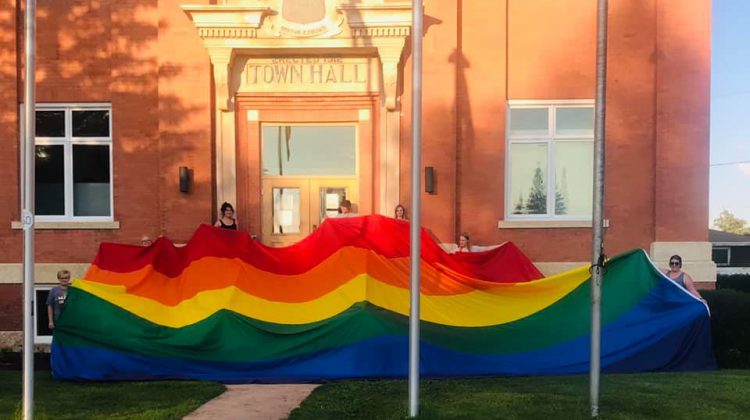 Battlefords Pride announced they will have a special guest at their fundraising gala next month.

“When I first heard that it was a possibility and then it was confirmed. It’s a big thing. It’s the first time he’ll be in North Battleford in an official capacity so that’ll be awesome.”

The event is a black-tie affair starting with dinner then dance and drag show afterwards.

Thompson says they’ve had great success with their previous drag show and insists it will be family-friendly.

“All our events are PG-13. We’re not going outlandish and I don’t think that’s what our community needs. The image of the whole wild gay bar scene. We want to be more family-friendly. There’s a lot of LGBT youth and we want to set a good example for them and assure them that they are welcome.”

Proceeds from the gala will go towards the groups plan to start a new drop-in centre for the LGBTQ2+ community.

Thompson believes there is a great need for a safe space in the community.

Thompson hopes the centre will give the LGBTQ2+ community in the Battlefords a place to talk and feel safe and accepted.

“We want to be there to support not just the person but their family because the number one support system is the family. We want to help them accept it.”

Thompson says everyone is welcome to attend the event at the Don Ross Centre. Tickets are available for both the dinner and show at the Battlefords & Area Sexual Assault Centre or by contacting Battlefords Pride through Facebook.