RCMP seize handgun and $10,000 during traffic stop on Highway 16 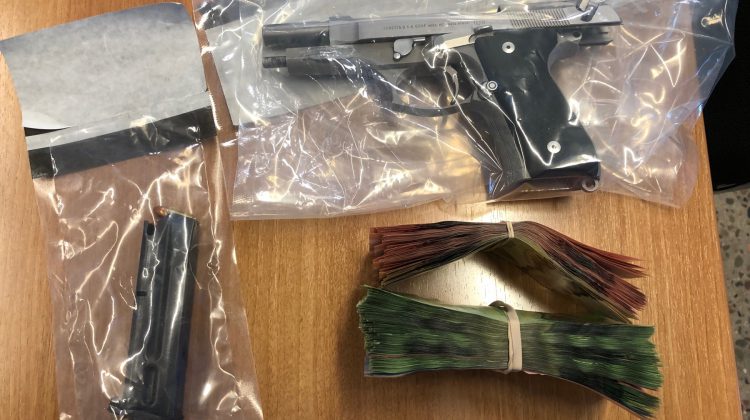 RCMP seized a loaded handgun and about $10,000 during a traffic stop on Highway 16.(Photo: RCMP)

A Regina man is facing multiple weapons charges after RCMP found a loaded handgun in the vehicle during a traffic stop.

On January 6, Saskatchewan RCMP stopped a westbound vehicle on Highway 16 near Maidstone. During the stop, RCMP seized a loaded handgun and about $10,000 in Canadian currency.

The passenger, 24-year-old Mahdi Mahdi was arrested and faces multiple charges including two charges of possession of property obtained by crime over $5,000 and possession of a firearm with licence or registration.

Mahdi was taken into custody and will be in Regina Provincial Court on January 21.

Watch for aquatic invasive species hitching a ride on your boat: Sask.Evironment