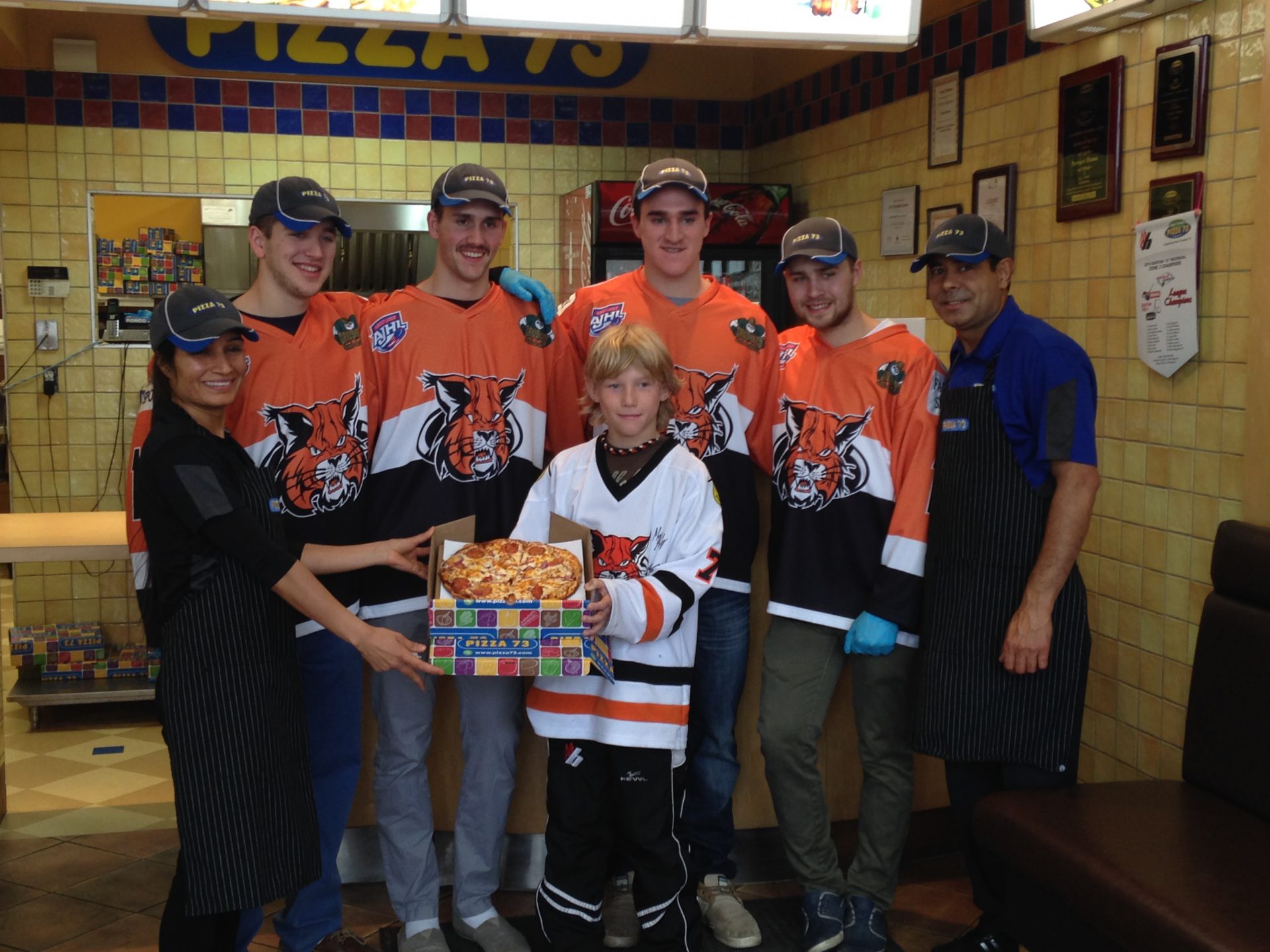 The Children’s Miracle Network will be getting some help from the Slices for Smiles campaign.

Pizza 73 locations accross Western Canada are selling Smile Pizzas until Sunday, November 22, with a portion of sales going to Children’s Miracle Network and its member hospitals in Canada, including Children’s Health and Hospital Foundation of Saskatchewan.

Parmjeet Dhonoa, owner and operator of Lloydminster’s Pizza 73, says she hopes to raise a lot of money.

The campaign in Lloydminster kicked off with pizzas made and served by four Bobcat players. Morgan Messenger, a center with the team, says the organization enjoys helping the community.

Pizza patrons can donate by ordering Slices for Smiles on-site or adding a donation to any order placed online or by phone.