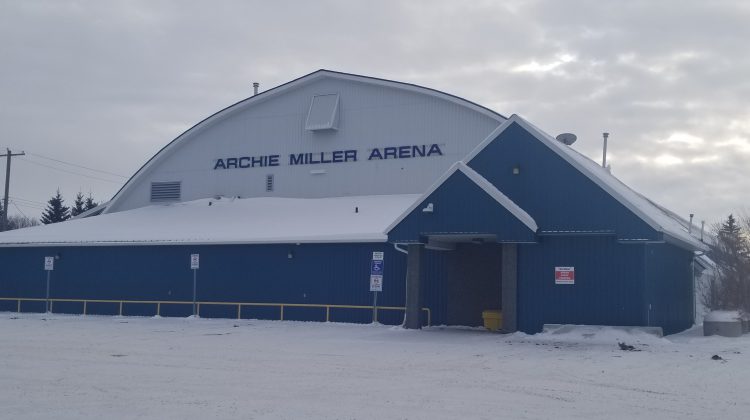 The Archie Miller Arena was found to have an anticipated life of 5 to 10 years which could impact the future of the parks area. (Nikita Ganovicheff/mylloydminsternow.com)

City council got another look at the future of the Marin Browne area as they were presented with two long term developmental plans for the space.

The first, 1B, will have a paved parking lot off of 57 Avenue, trails, community garden, children’s spray park and a sports field in the north-east corner. 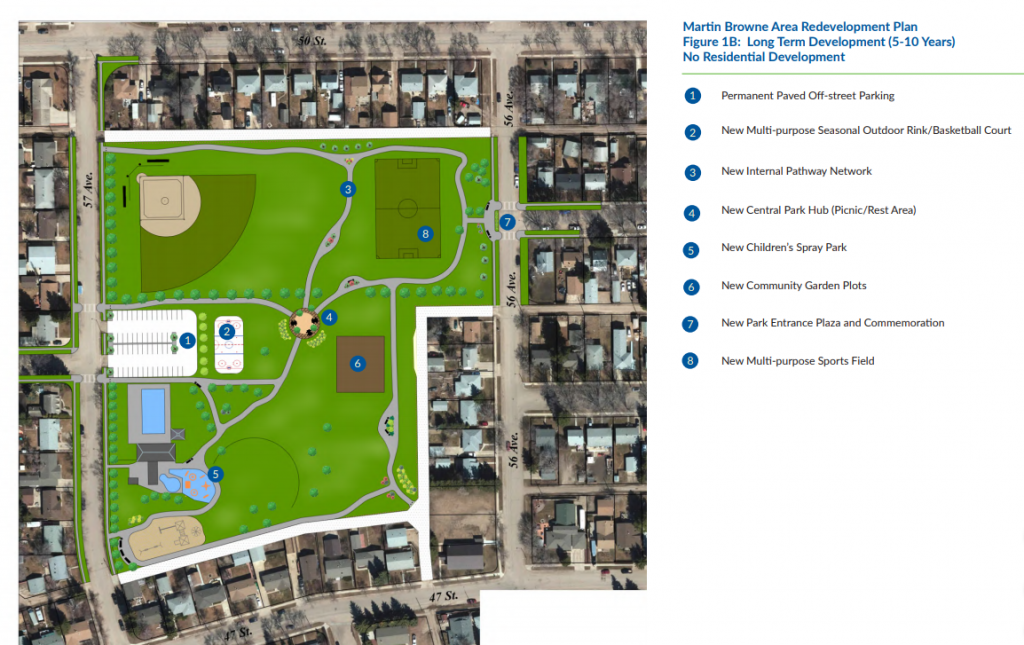 Option 1B will have a sports field in the north-east corner. (Photo submitted by: City of Lloydminster) 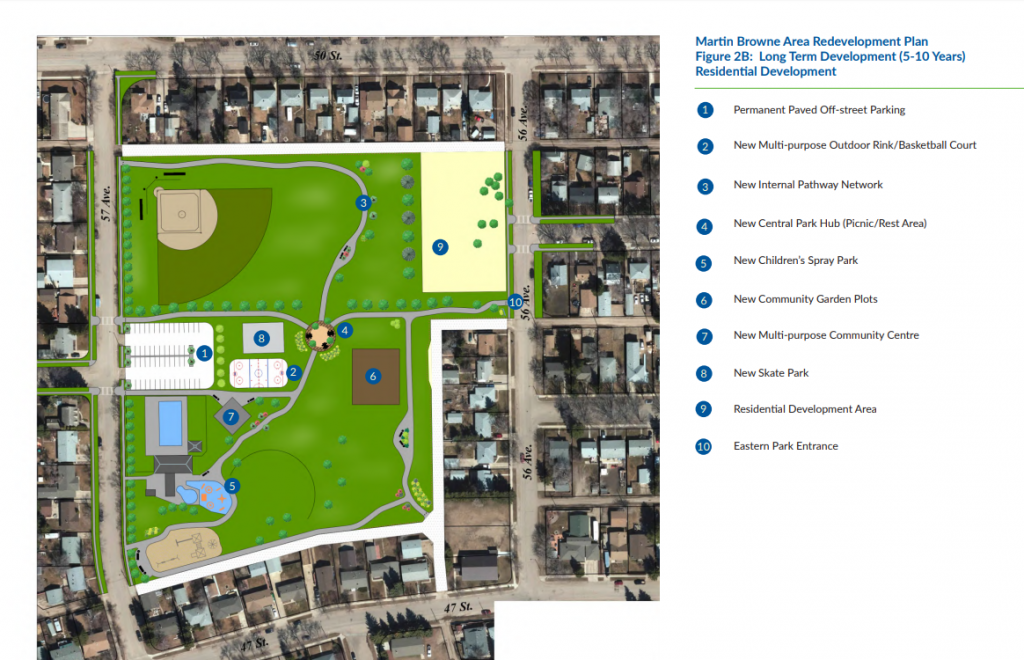 Option 2B will have residential space in the north-east corner of the space. (Photo submitted by: City of Lloydminster)

The second option, 2B, will have the same options as 1B but will have a residential developmental area in the north-east corner instead of the sports field. Also, a skate park and multi-use community centre have been recommended in this plan.

Councilor Michael Diachuk says received plenty of feedback from their engagement initiatives and the two options incorporate most of the ideas heard in the sessions.

“All the pieces we heard from the community around Martin Browne and their input is by and large in the plans. It’s easy to start with a lot on the table and going forward if you don’t have the money then you simply don’t do some of the things that you want to do.”

Council discussed the benefits of some residential areas in the space as it can bring in more revenue to the city. Mayor Gerald Aalbers says it is easier to change an unoccupied residential area to a parks space.

“It’ll be a lot tougher to go from a green space to houses. There’s some potential for residential development some time down the road or it could become green space. Councilor Baker brought up some great points about looking at other concepts from the park’s perspective in the neighbouring area.”

Another point brought up during council was that both plans assume the Archie Miller Arena reaches its end of life. In a building report made last year, the arena had an anticipated life of 5 to 10 years.

Both of the plans also have a timeline to start on bigger projects in the next 5 to 10 years. Councilor Stephanie Munroe says in the short-term there are some projects that can be started as they get more information.

Mayor Aalbers says no major changes will be made until they determine the arena’s condition.