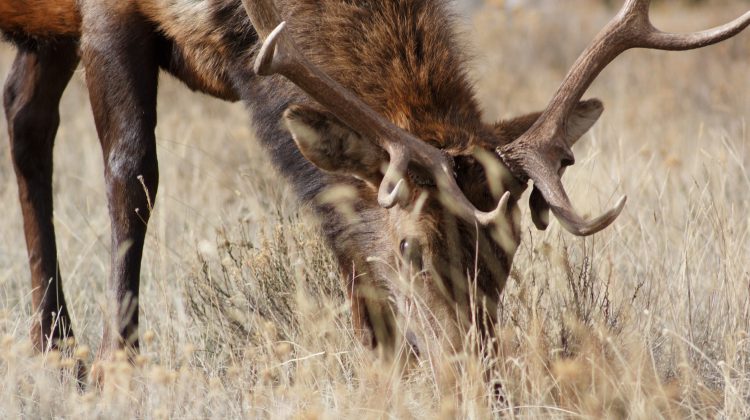 An elk eating some grass. (pexels.com)

Vermilion and Provost fish and wildlife officers are looking to the public for more information on four elk that were shot and left in a field south of Camp Wainwright.

Officers believe the animals were shot from Highway 41 about 500 yards south of the Camp Wainwright military base boundary at around 10 p.m. on February 7. Only parts of one of the elk were taken and the others were left to waste.

Their investigation found the suspect had driven past a metal gate up to the carcasses and left the vehicle to inspect the fourth elk and meat was taken from it.

They are reminding everyone that hunting season for elk has closed and it is an offence to abandon big game meat. 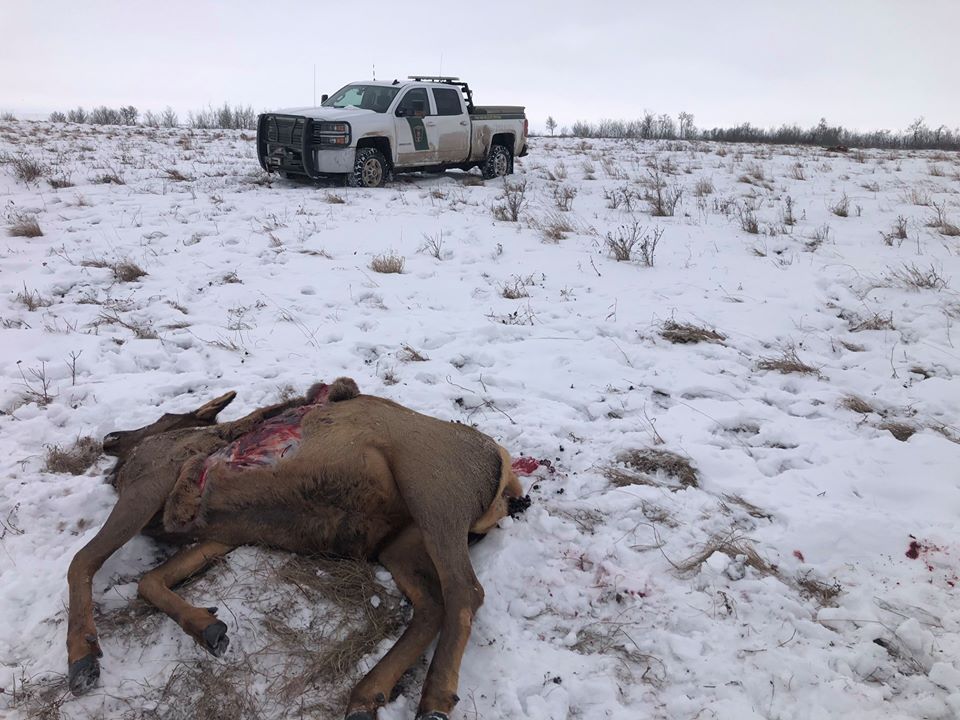 Four elk were shot and abandoned in an empty field south of Wainwright. (Photo submitted by: Alberta Fish and Wildlife Enforcement Facebook)