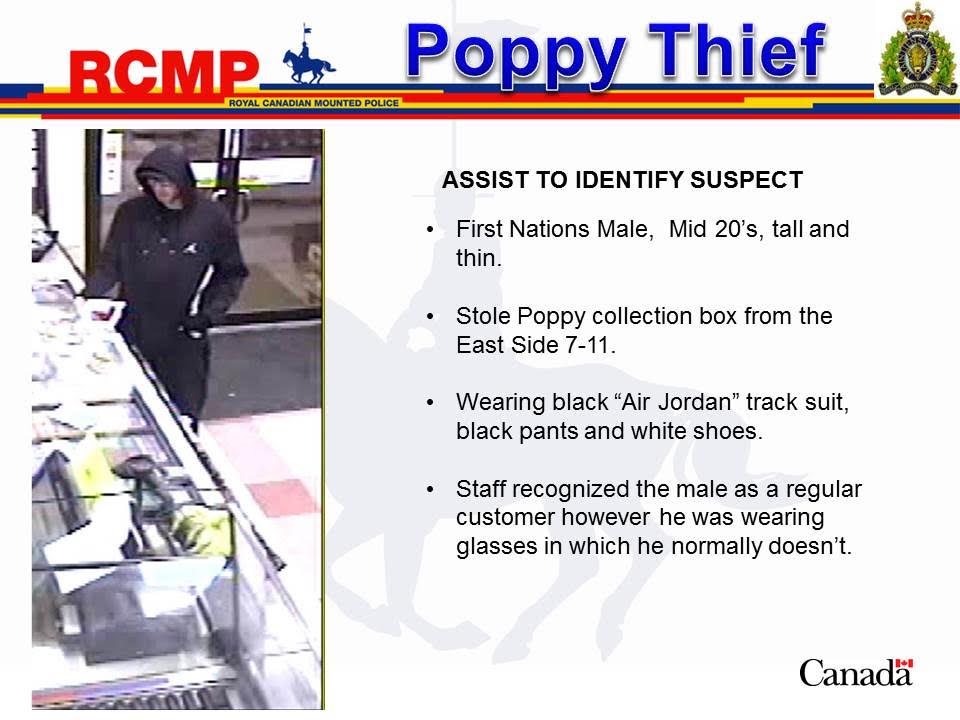 Lloydminster RCMP are asking for the public’s help in catching a poppy thief.

Early in the morning of Monday, November 9, the RCMP say a man entered a 7-11 in the 4700 Highway 16 and stole a box of poppies off the counter.

The man has been described as First Nations, 6′ 2″, with a skinny build and short black hair. He was wearing a black Air Jordan track jacket, black pants, white shoes, with glasses, a hat, and hood covering his head. Staff at the store say the man was a regular customer, but was wearing glasses when he stole the poppies, which he usually doesn’t do.

“These poppy boxes raise money to help support veterans and the legion,” said Constable Grant Kirzinger.  “We are asking that the person responsible to do the right thing and return the money to the legion.”