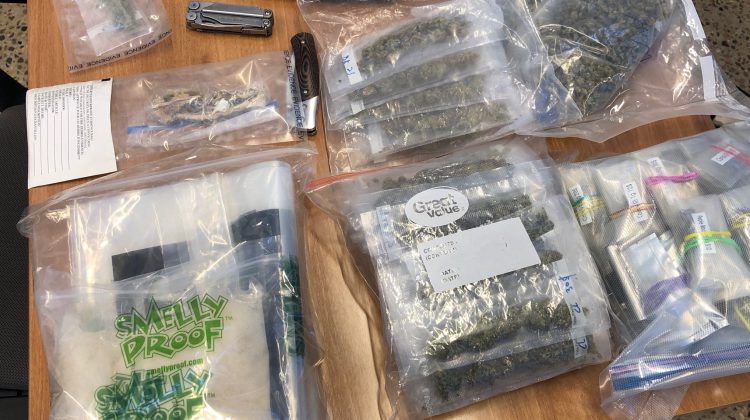 Maidstone RCMP have arrested one man on alleged drug and weapons charges after a traffic stop.

On March 21st, police stopped a speeding eastbound vehicle. After pulling the lone male suspect over, they determined they had probable cause to search the vehicle. Upon doing so, police say they found 848 grams of dried cannabis, 1,774 grams of cannabis edibles,  7 grams of psilocybin (magic mushrooms), a can of bear spray, and  $620 in Canadian currency.

26-year-old Chase Matthew Bagan is facing several charges, including possession of cannabis for the purpose of distribution,  possession of a weapon for a dangerous purpose and carrying a concealed weapon.

Bagan will appear in Provincial Court on June 9th.