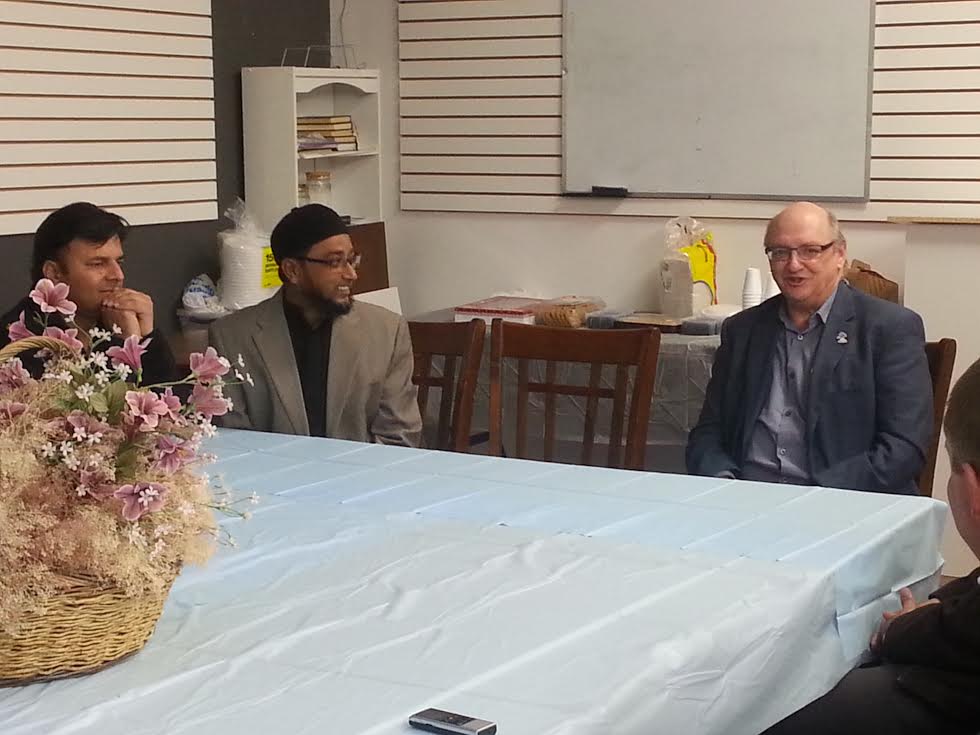 Grace United Church has reached out to Lloydminster’s Muslim communities.

Reverend Paul DuVal visited the Lloydminster Islamic Centre on Tuesday, November 17, as part of an interfaith show of solidarity in the wake of the terrorist attacks in Paris. Duval says that it’s important not to show hatred to people of a certain faith.

“Obviously the terror affects us all no matter what part of the world we live in,” Duval said. “It is intended to instill fear, and it does, and fear can often spawn hatred. Christianity teaches that the only thing that drives out love, welcome, and hospitality. I think it’s important to recognize that the Islamic community in Lloydminster is not part of the terrorist attacks in Paris, and we embrace them as a part of our community.”

Imam with the Ahmadiyya Muslim community Tariq Azeem says he hopes to dispel some of the myths about his religion.

“We’re sending a message of tolerance and love to all the people in the town,” Azeem said. “Regular people who are not aware of the teachings of the religions, often when they hear something in the news, they start [thinking] that ‘this is what that religion teaches’. But when the leaders of different faiths come and sit together, it attests for people of those faiths that if our leader is saying [these things], then it is very likely that people of different faiths, not all of them are the same, and their teachings are not as perverted as the media sometimes makes them out to be.”

Azeem also says that this isn’t the first time his community has met with the church, and that he looks forward to holding more joint events in the future.