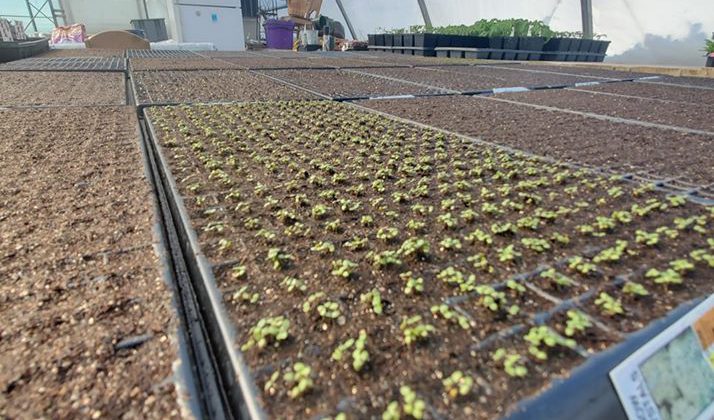 Kathy’s Greenhouse is preparing for business to start for the spring planting season.

All agricultural businesses including greenhouses, farmers’ markets and garden centres have been deemed an essential service in the province.

Jason Andersen is the owner of Kathy’s Greenhouse which is located north of Kitscoty. He is also the vice-president for the board of the Alberta Greenhouse Growers Association.

“We’ve been working closely with the government for a few weeks trying to get this done and we’re very excited to get classed as an essential service.”

Kathy’s Greenhouse will be following physical distancing protocols as well as implement more cleaning procedures. Customers entering the greenhouse will be limited and it will be changed to one way aisles.

“We’re going to open on the premise that changes may have to be made. We have to be flexible on how things actually operate.”

He also notes there’s been an increased interest in gardening during the pandemic. He says it offers plenty of benefits for people for those self-isolation including positive effects on mental health and food sustainability.

“People don’t have a lot to do right now and it’s something people would be able to do in their yards. It’s something to do outside to get some air and it does a lot for mental health.”

Andersen plans to open the greenhouse to the public on April 27 and is currently working on getting a website ready to allow for online purchasing. He says phone orders and curbside pickup are also available.

Six people are employed to prepare the greenhouse for opening day. Andersen says another 4 to 6 will begin work when they open and as they get into summer he will be bringing in more people.

“Not just my business but all small businesses in general right now. We’re all struggling and there’s programs coming out to help and it’s great to have that support but we as small businesses need the support of our local communities. That’s what’s going to get the majority of us through this.”

On the Saskatchewan side of the city, Greenjay Greenhouses is moving forward as they normally would for the season. They will be following protocols provided by the Saskatchewan Greenhouse Growers Association which include having one person per 1,000 square foot and one way aisles.

A representative with the greenhouse says they’ve been getting phone calls from regular customers for updates on the opening.

Greenjay says they’re playing it by ear and don’t have an opening day in place yet. They will be taking online orders on their website which should be in place next week. They are also taking orders over the phone.