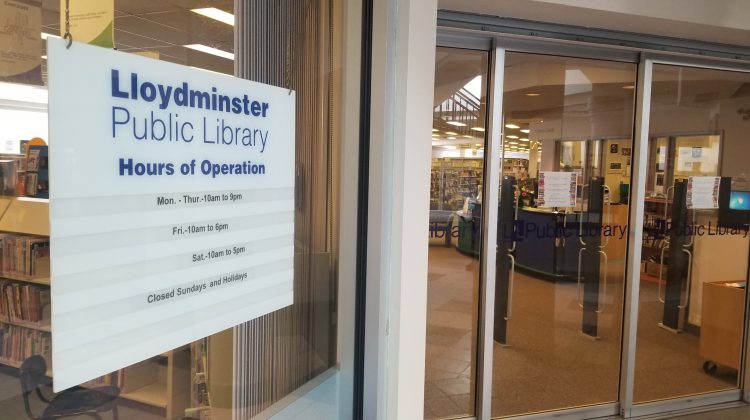 City council passed the motion to end the lease agreement at the current space in the Atrium Centre and negotiate a new lease with Lloyd Mall. The current lease is set to expire in August and the library will be moving to the western portion of the mall with no exact location confirmed yet.

Mayor Gerald Aalbers says the library has been in the basement of the Atrium Centre since 1992 and city council has been in talks of moving it for some time.

“The library has been an ongoing discussion for this council since we were elected,” Aalbers says. “Everything has its time and at the time it might have been the best solution. We believe that the location that’s been chosen is a much better location today and serves us well.”

The library board has expressed concerns with the current location including parking, flooding, security and accessibility. The move is projected to cost $1.3 million with $1.5 million already set aside in the city budget for recreation and culture projects.

Mayor Aalbers notes there is also a cost associated with the library if they chose not to move it.

“If we didn’t move it, the library was in desperate need of renovation from carpeting to lighting to some structural work to be done to modernize it. We’d have to close the library, move it, do the renovations and turn around and move everything back.”

The move is also expected to bring some work to local contractors and tradespeople during tough economic times associated with the current COVID-19 pandemic.

“There will be electrical and flooring that will need to be installed. We have some great cabinet makers in the community that I’m sure will be put up for tender. The opportunity to see dollars spent in our community that will stay within our business community here is high.”

A rough timeline was presented with the request for decision which shows the leasing agreements expected to be done this month. Design work and construction is expected to start in June with public consultation and branding being done in August. The move is planned to take place in the fourth quarter of 2020.

The library will be switching to a month-to-month lease at the Atrium Centre once the current one is terminated and the new space is being readied.

A new library was included in the Downtown Area Redevelopment Plan which looks to reinvigorate downtown Lloydminster in the next ten years. Aalbers says the decision to move the library will come again when the new lease expires.

“It takes a very specific facility to meet those requirements and as that moves forward with future councils, they will be looking at that and consider where the right place is for the library whether it’s owned by the city or a leased property.”

The library’s governance model is also under review along with the relocation which would see the board fall under the Alberta Libraries Act.