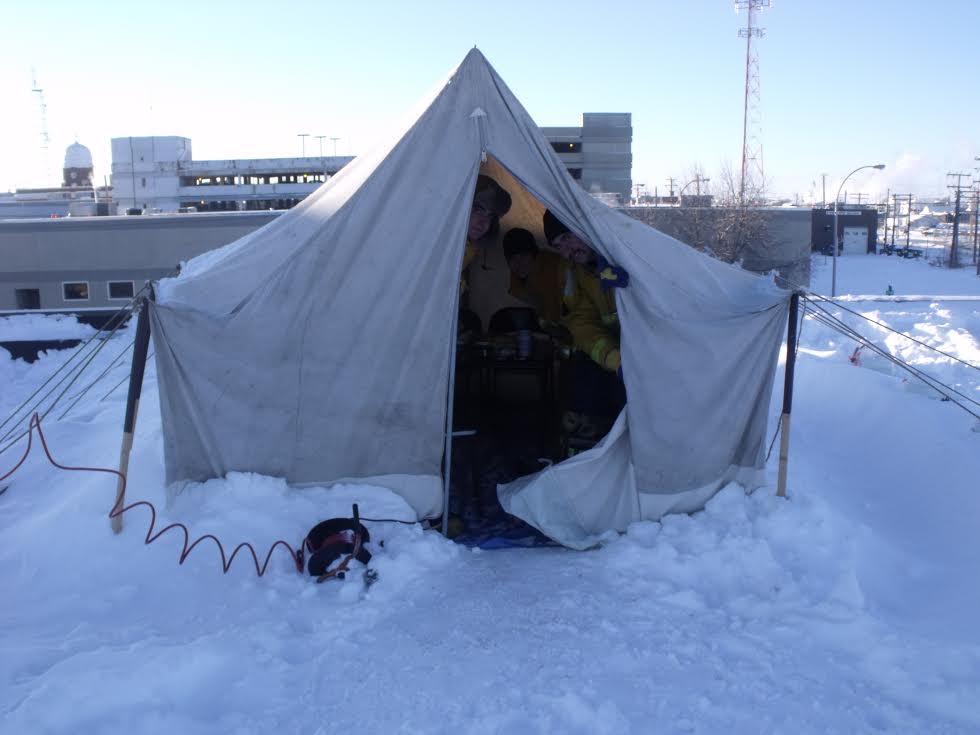 Lloydminster’s Fire Department is getting set for their third annual Rooftop Campout.

Starting on Friday, November 27, the department’s firefighters will spend time in a tent on the roof of the downtown fire hall in rotating shifts throughout the weekend, while other members will collect donations to fight ALS Society of Alberta at the city’s grocery stores.

Deputy Fire Chief Brad Martin says the fundraiser has been effective in the past.

“Past years have been very successful,” Martin said. “I believe our first year [raised] about $17,000, last year [raised] $23,000. Frankly, we’re happy with any amount that we get. We’re just hoping to raise awareness, and try and help out people who are suffering with this disease.”

Martin also says that the department has a personal experience with the disease.

“We actually had a longtime member of ours who was diagnosed with ALS in 2013 which did eventually claim his life,” Martin said. “So this is a little memorial for us that we can do sort of in memory of him, as well as to help others who are suffering from this terrible disease.”

The department will also be hosting a steak night on Friday at the Canadian Brewhouse to kick off the fundraiser. Tickets are $25, and can be bought by contacting either fire hall. $10 from each ticket will be donated to the ALS Society.

Visitors to the fire hall during the campout will also have a chance to meet some of the firefighters, and tour the building.