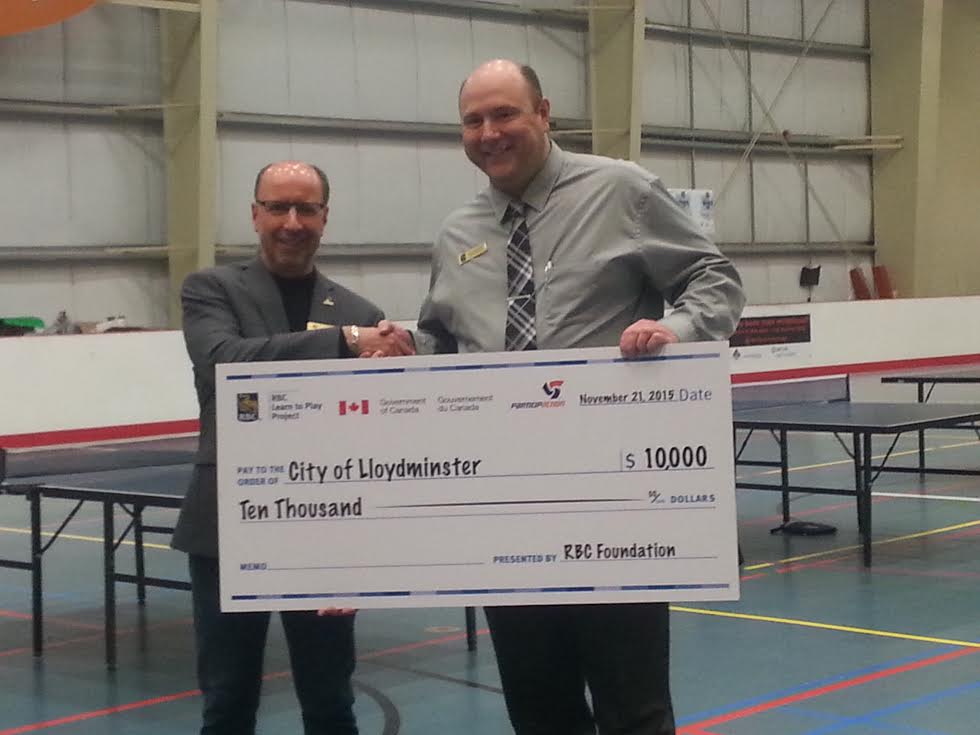 The City of Lloydminster’s sports programs have received a boost.

The City has been presented with $10,000 through the RBC Learn to Play Community Action Grant, which they say will be put towards their annual Sports Explore Camp.

“The whole program, the whole camp is about getting children to do other sports,” Turcotte said. “So, if it’s a hockey player, maybe we’re going to try to get him into soccer, [or] baseball. Some kids don’t even know what they want to play yet, so it allows them those times [to decide]. Sledge hockey and wheelchair basketball [are] probably [sports] we’re going to try to bring back, because they were extremely popular last year when we brought them in.”

Shaun Geurts, manager of the Lloydminster RBC branch, says he hopes the funding will give the program the help it needs.

“The goal is, of course, as always, to get kids out, [and] get active,” Geurts said. “In conjunction with ParticipACTION as such, we’re hopeful that it will help grow the program, [and] allow them to buy the equipment [and] the tools that they need to be successful as they move forward.”

Turcotte also says the grant will go a long way towards paying for their programs, as much of the equipment for camp is being brought in from larger centres such as Edmonton.

He says the details of this year’s camp will be announced in February.