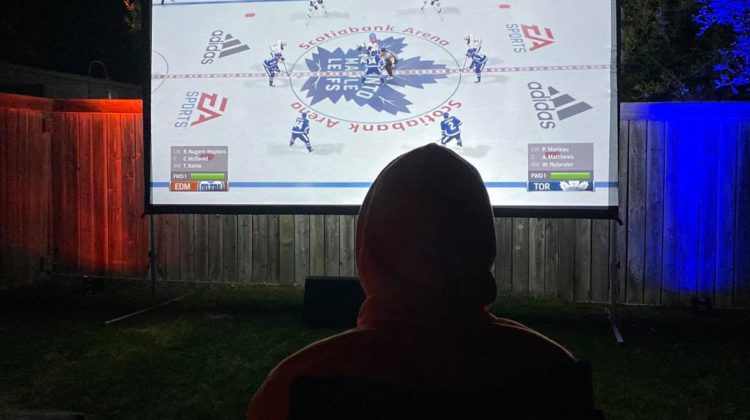 The LRHF has set up an "Under The Stars movie night" in support of their COVID-19 fund. [Photo: LRHF/Website]

The Lloydminster Region Health Foundation is giving away a drive-in experience in support of their operations.

The LRHF has unveiled “Under The Stars Movie Night.” The event is designed to bring in some needed funds for the foundation, and provide someone with food and entertainment for them and up to fifteen of their friends. CEO Malcolm Radke says the idea was pitched to them by Cody Mazerolle, who got the ball rolling and brought the event to fruition.

“Cody Maz, from Maz Entertainment, reached out to us a couple of weeks ago, and just said ‘a lot of your in-person fundraising events are on hold, postponed or outright cancelled. We just want to help.’ So Cody came up with the idea to basically create a backyard movie theatre party package, and raffle it off. He teamed up with Spiro’s for some pizza, and Safeway for some snacks.”

Raffle tickets cost five dollars each and will go towards the hospital’s areas of most need. Radke explains that right now, that’s the COVID-19 emergency fund.

“Whether we’re preparing for the second wave of COVID-19, or just preparing the hospital for to basically better watch out for all of our regional residents, that’s basically how that emergency fund is going to work.”

People can get their tickets on the LRHF website. A winner will be drawn on June 22nd.