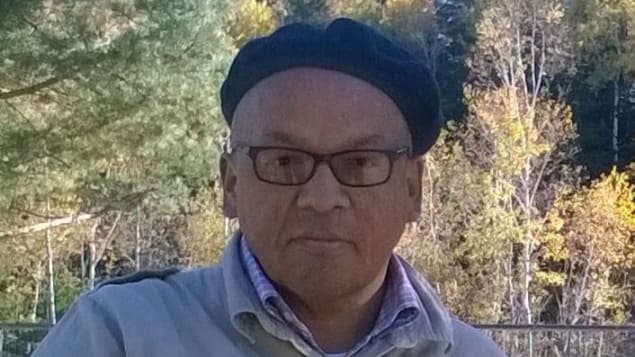 Gallery Curator Floyd Favel. From the U of O website by way of Radio-Canada.

The Poundmaker Cree Nation will be holding their 4th Indigenous Peoples Festival this August.

The Indigenous Peoples Festival was first held at Poundmaker Cree Nation in 2017, both as a storytelling festival and a way to call for the exoneration of Chief Poundmaker by the Federal government. The Cree leader was exonerated in 2019 of treason charges related to his involvement in the 1885 Northwest Rebellion.

Director of Miawayta Culture Inc. Floyd Favel says this year they’re focusing on showcasing Indigenous art and what it signifies on a larger scale, and illustrating theatre as an intercultural artform.

“We revised the vision of the festival and made it an international performance festival, that looks at the Indigenous performance as an artistic discipline, with its own techniques, methods and body of knowledge, and not one defined by a rigid sense of colonial notions of identity. So in this way, our festival is open to the world.”

Numerous Indigenous speakers and artists from across Canada will be sending in videos for the three-day event, including Anishnaabe performer Émilie Monnet, Cree artist Kent Monkman and spiritual leaders like Sioux Chief Arvol Looking Horse, among numerous others. International artists like Asa Simma will also be in attendance online.

Part of the three-day event is a feature play, an Indigenous retelling of the Russian play Uncle Vanya by Anton Chekhov. Some of these scenes were shot on the Poundmaker Cree Nation, and others shot in Poland.

Favel explains that the play has several themes that relate to the Indigenous community and helps foster a discussion around intercultural collaboration, which he believes will create a more open and fluid artistic atmosphere.

“It deals with the loss of land. The character Uncle Vanya, his land that he developed and worked on, his family land, is sold by his former brother-in-law, who is not a family member. So then that theme, that notion, became a great starting point that relates to Indigenous people worldwide.”

The event will be entirely online this year, due to ongoing gathering and travel restrictions from the COVID-19 pandemic. Favel adds this was a difficult hurdle for the event, but also creates the silver lining of them being able to have their art viewed by a global online audience.

The Poundmaker Cree Nation Indigenous Peoples Festival takes place from August 6th to 8th, and all of the events will be hosted on the Miawayta Culture website.