North Battleford RCMP are asking for the public’s assistance finding Labrina Shirley, who has been reported missing.

Police say she may be in a vulnerable state and they are concerned for her well-being. It is believed that the 30-year-old could be either in North Battleford or in the Saskatoon area.

Labrina Shirley is described as 5 ft tall and around 120 pounds with an average build. She has long brown hair and brown eyes. She also has some tattoos: a turtle on the left side of her neck and a heart shape with “I Love You” on her right forearm.

Anyone with information on Labrina Shirley’s whereabouts is asked to contact their local RCMP detachment or CrimeStoppers to remain anonymous. 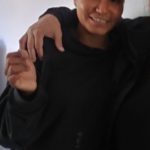