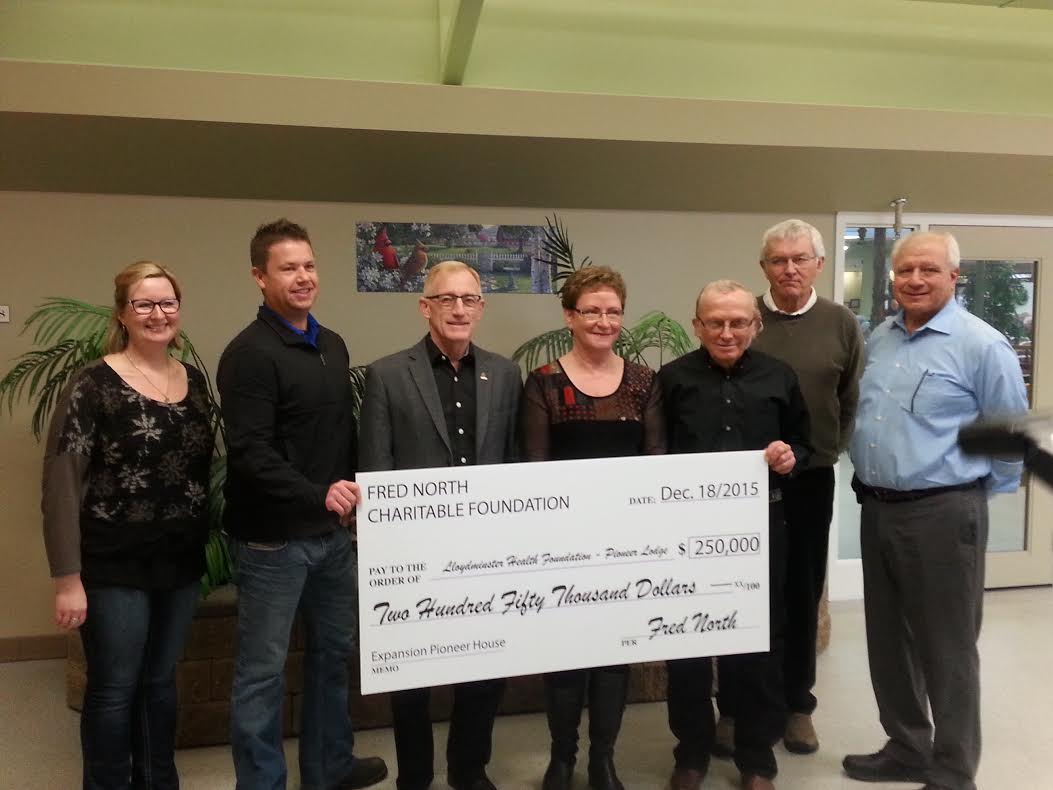 Pioneer Lodge has received a large donation to their new wing.

The seniors’ home accepted $250,000 from the Fred North Charitable Foundation to go towards the Pioneer Home, a wing which provides an extra level of care for seniors that need it.

“It’s a very well run facility,” said Fred North, founder of the foundation. “We try to check out all the organizations we can give funding to, and this seemed [to be] a very good cause. My wife’s father was in here, and my grandmother was in here way back in the ’60s, and it’s always [been] a very well thought of home here, and that’s why I think it’s a good thing to support.”

“[The LRHF has] pledged to raise a little over $2 million in this community, so Fred’s contribution of $250,000 is a great first step,” Howell said. “We’re hopeful that we’ll be able to raise the remainder of the money by the middle of next year. It’s a great, great start, and we’re so indebted to him for doing that.”

The LRHF says they are still hearing from donors, and have several initiatives planned to make up the remainder. Combined with a $100,000 donation from Sellers RV, the foundation has been able to raise $350,000 since fundraising began last month.