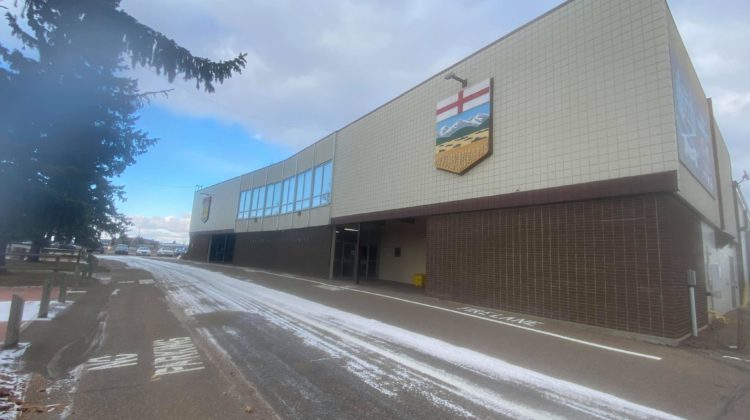 Plans were dicussed for a possible replacement of the Centennial Civic Centre at Monday's Council Meeting. [Dan Soul/106.1 The Goat]

Planning for a new arena in Lloydminster has moved into an urgent stage, says a  feasibility study of some of the city’s recreation sites.

Research conducted by Gibbs Gage Architects sought to determine the future needs of the Centennial Civic Centre and Bioclean Aquatic Centre. In their findings, concluded that there is an urgency to move forward with the planning of a new arena venue, as the CCC will enter the end of its usable life within the next five to seven years.

The study took feedback from Stakeholder Groups, City Administration, the public and several City documents.  In it, Gibbs Gage also found a possible need for aquatic spaces, but the urgency is not as immediate for the aquatic facility because the existing BioClean Aquatic Centre has been well maintained.

“We have a structural report that indicates that something has to be done, or else the Civic Centre will get to the point of non-serviceability to the community. So that’s what lead this discussion more than anything.”

The report presented several possibilities for both program configuration, including the possibility of combining an arena and aquatic facility in the future, ideas for site locations as well as associated costs.

This is only the first step of the project, however. It is planned that after the municipal election happens on November 9th, a recommendation will be made that council start planning work for a replacement for the Centennial Civic Centre as design and construction is expected to take several years.

In the meantime, while planning this out, Aalbers says he would like to get other priority projects like the Wastewater Treatment Plant, the Lloydminster Public Library and Lloydminster Cultural and Science Centre to be completed first.

“I would remise to come up with a date, and say this is a target date. Personally, sitting in the chair I’m in, I would like to keep the Civic Centre alive, within reason, as long as possible. Just so that it gives us as much time as possible to do fundraising, obtain government grants, and go to the community and say ‘we need to borrow this much money and this is what it’s going to cost,’ because at the end of the day that’s the biggest piece of the puzzle.”

He adds that the planning stages will require quite a bit of important community feedback going ahead, and upcoming council will need to balance this project with several others that may come up.

The Recreation Facilities Feasibility Study will be presented to Council during the October 26, 2020 Regular Council meeting for acceptance and to move ahead on planning.