Lights and Sounds of Christmas House starting early next week 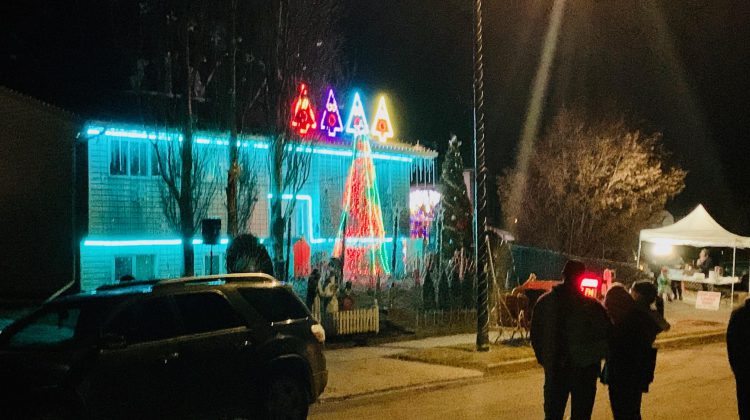 The Lights and Sounds of Christmas is an annual tradition for resident Jerry Frank and his family. (106.1 The Goat)

Due to a few technical issues, the launch of the Lights and Sounds of Christmas House display will be pushed back a few days.

Organizer Jerry Frank intended to start the light show at his home on 5704-30 Street this weekend, but has run into some issues with the program that runs the lights. Frank expects everything to be ready by the early parts of next week.

“Some of the new features we’ve added this year are a little more computer intensive so it’s just been delayed because the program is running as quickly as it used to. It’s a little hiccup that I’m trying to rectify.”

Once everything is operational, Frank says residents should expect a similar to show to the one in 2019. He adds the display is something residents can enjoy while still following COVID-19 guidelines on gathering limits.

“The main show in front and everyone’s in their vehicles, but the only big thing we’re not doing is the big lodge night that we usually do. The rest of the show is still going to happen. We’ve just run into an issue with the programming which has delayed us a little bit.”

He adds the backyard displays will still be open and asks visitors to maintain social distancing. The Frank family began lighting up their house eight years ago after being inspired by seeing similar light shows on YouTube. It has since become a yearly tradition.

“It’s one of those things that’ll be a nice break for people this time of year when everyone’s getting fed up with COVID and want to do something to enjoy their holidays.”

The Lights and Sounds of Christmas House also benefits local charities with donations going towards Big Brothers Big Sisters of Lloydminster, The Goat’s Christmas Wish and The Gift of Christmas. Donations can be left in the mailbox in front of the house.

The event raised over $3,000 for charities in Lloydminster last year and almost $30,000 over the past seven years. Frank will be taking down the lights and displays at the start of the new year.