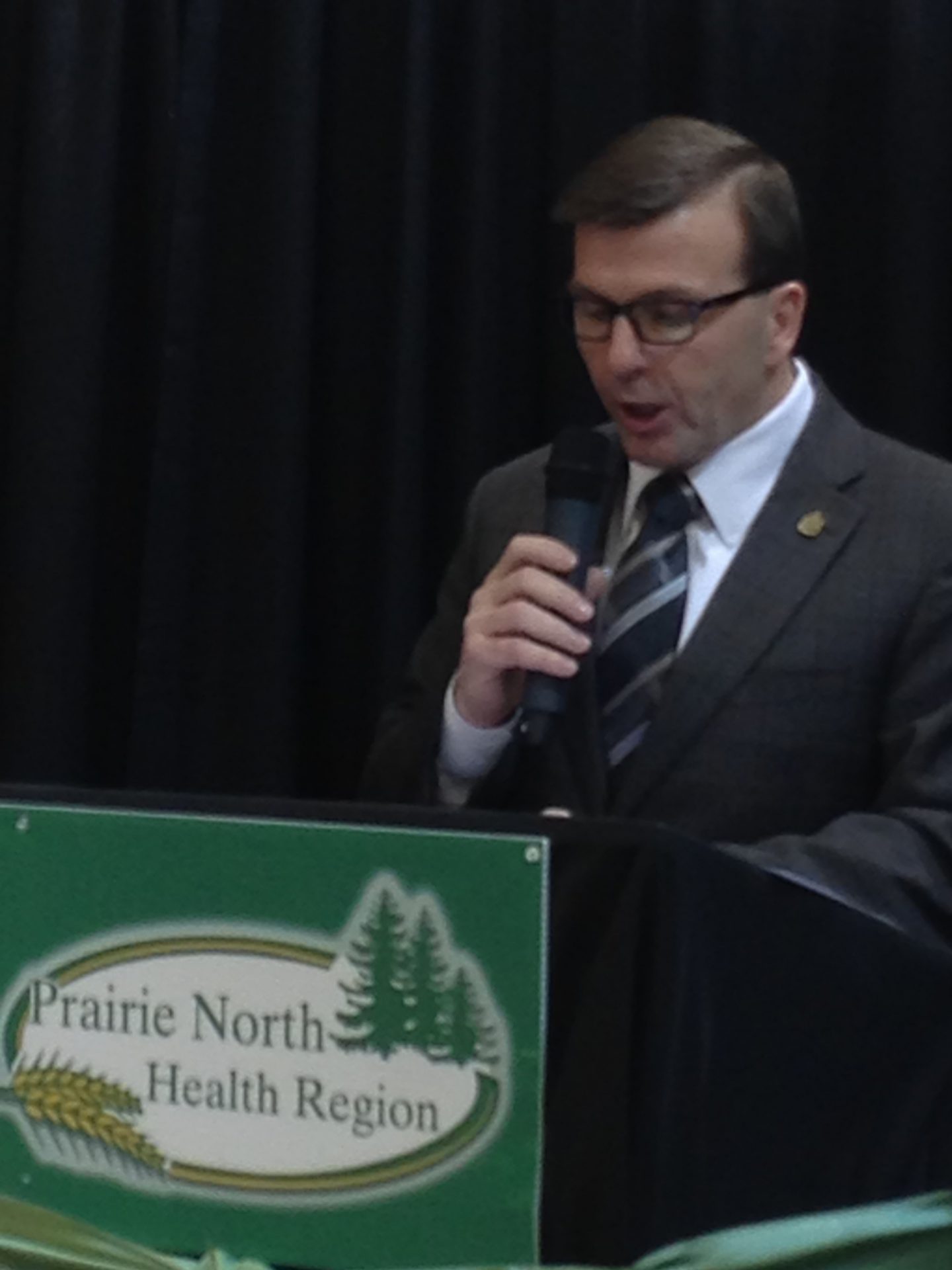 Prairie North Health Region has officially opened a new primary health care site.
PNHR celebrated the grand opening with a ceremony and ribbon-cutting yesterday in front of the the new Prairie North Health Centre, located in Prairie North Plaza, in the heart of downtown Lloydminster. The clinic is open regular hours as well as after-hour walk-ins from Monday to Friday, and walk-in services on Saturdays. It’s staffed with 7 doctors, a primary health care nurse case manager, and a primary health care counselor, among others.
A number of leaders were in attendance including His Worship, Mayor Rob Saunders; CEO of Prairie North Regional Health Authority, David Fan; Saskatchewan Minister of Rural Health, Greg Ottenbreit; and MLA for Fort Saskatchewan-Vegreville, Jessica Littlewood. Ottenbreit and Littlewood were given the honour of cutting the ribbon together. 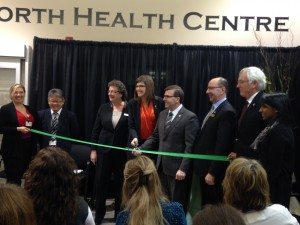 Ottenbreit seemed very pleased with the opening of the facility, saying it did take a long time to get the clinic up and running because of the uniqueness of the border city, and the collaboration required between the two governments, but it goes to show that “although it does take a little bit longer these success stories can happen.”
Littlewood attended on behalf of Alberta Health Minister, Sarah Hoffman, and represented the Alberta Government in their collaboration to bring the Prairie North project to fruition.
“Partnership between provinces is always important…there’s other ways that we can work together as well but health care is one of the most important things, if not the most important thing to citizens on a day-to-day basis,” said Littlewood.
Between 2012 to 2015, the Saskatchewan Government has invested a total of 13.2 million dollars to strengthen primary health care. The partners involved in the creation of the Prairie North Health Centre, include PNHR, the Lloydminster Region Health Foundation, Alberta Health, and the Saskatchewan Ministry of Health. They contributed approximately $2.8 million  in one-time funding. 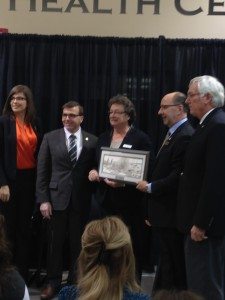