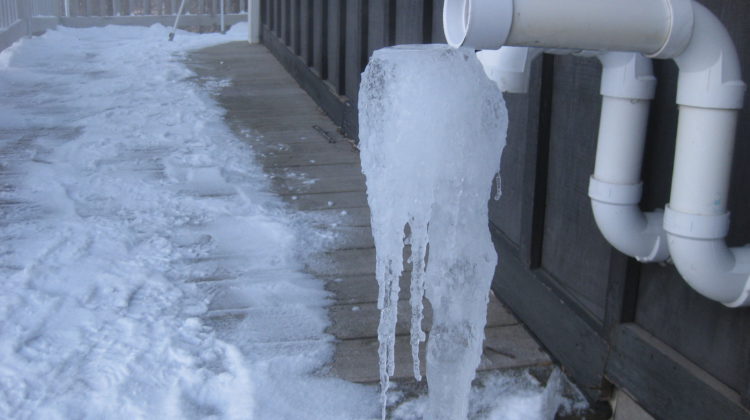 SaskEnergy is warning to watch for ice and snow building up on vents and pipes. [Flickr.]

People are being reminded to check their home’s natural gas equipment, as snow and ice can build on it in the winter.

SaskEnergy says the cold season usually means more calls for them due to gas leaks. They say this can be caused by heavy snow, ice buildup, or improper snow removal, among other reasons.  These buildups can cause problems for the natural gas regulator, causing pressure to build up on gas supply lines.

People are being reminded to check that there’s no snow or ice on the meter, regulator and shut-off valve, which can damage fittings or pipes. If there is, they should exercise caution when removing it, doing it by hand instead of using a sharp object, hitting it or trying to kick it off.

If someone has a chimney or other external vents, they should clean those off to allow proper ventilation and air supply for furnaces, preventing carbon monoxide buildup and the sickness associated.

When someone is getting CO poisoning, they first develop flu-like symptoms, with continued exposure to high levels leading to unconsciousness, convulsions, brain damage, and in some cases, death.

It’s also advised to be cautious when removing snow anywhere else around the home so that the natural gas meters or risers don’t get damaged or buried. SaskEnergy says to not use a snowblower or plow around this infrastructure, and to know where it is before shovelling.

If someone has concerns about damaging their equipment or think there might be a gas leak, they’re urged to call SaskEnergy.