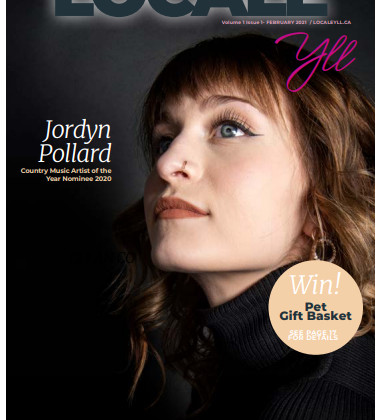 The cover of the first issue of Local-e YLL. (Local-e YLL e-magazine, Facebook)

A Lloydminster photographer has launched her pandemic project focused on celebrating members of the community.

Kimberly Steier, owner of Kimberly Kalon Marketing and Photography, officially put out the first issue of Local-e YLL magazine on February 2nd. Steier says the idea behind the magazine came out of a need she saw during the pandemic and used her skills and past experience working on magazines to create it.

“When COVID hit I realized that communication was changing and having an online platform for community that could be read as a magazine anywhere would be an interesting platform to have here.”

The magazine is meant to celebrate the Lloydminster community and features people and businesses within the Border City.

“I was looking for a platform to feature the unspoken heroes in our community. The people that are behind the scenes doing some pretty amazing things that get missed in the world of social media. A lot of times social media tends to focus on the negative things that are happening or stuff that isn’t as local to Lloydminster.”

Steier started with a local Christmas guide in October and a pre-launch issue in December to test out the platform and work out any issues. She says the online  format of the magazine allows for some unique features allowing for more interaction with the reader.

Right now, the plan for the magazine is to have a monthly release if there is enough interest from the community. With about 950 people reading the entire issue since it first launched, Steier says there’s been a lot of curiosity so far and many people wanting to either promote a business or someone who can be featured in the magazine.

“Local experts from different businesses in the community have committed to working with us for at least a year. Messages have been [coming in] non-stop from businesses wanting to be involved and quite a few messages saying I don’t know if you’ve heard of this person but they’re doing some pretty incredible things.”

Steier is working on the second issue for March and Local-e YLL will stay in its online format for the next few months, but Steier says there are plans for a physical version to be released sometime in the future.