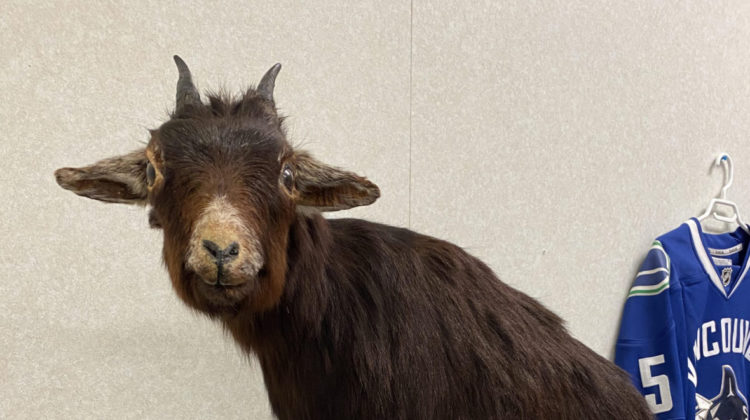 Bella the Goat is an independent Gal that don't need no man!

I aim to teach you mundane/unremarkable things POORLY because a day you don’t learn is a day WASTED!

For Example:  What are the differences between Goat’s and Sheep?

Apparently, they eat different. Sheep are grazers and amble about sleepily munching on grass. Goat’s are more selective, AKA “browsers” and look for twigs, vines and shrubs.

Goat’s are also more independent than Sheep and are quite content just chilling. Sheep become lost and confused when separated from the flock.

Basically, if you’ve got a single animal special ordering off the menu…it’s a Goat. If there’s a group of ’em and they’re ordering the combos as they come…they’re Sheep.

Until next time-stay smart! -“Professor” Pruski.