The City and surrounding area have now joined the North Battleford area in having below-average runoffs when snow and ice begin to melt. Heading North to Meadow Lake or further east to Saskatoon is where runoffs are expected to return to near normal.

WSA snow surveys at the end of February show higher levels of snowpack through parts of central Saskatchewan, especially Saskatoon.

While the WSA says surface water supplies at larger reservoirs are expected to be met in 2021, users that rely on smaller reservoirs or dugouts may see shortages continue or emerge in 2021 if snowpack conditions do not improve.

They add that ice on water bodies does also pose a risk. This is because it is unpredictable and unstable during the runoff season, and it should be avoided. Major ice jamming is not expected with the below-average runoff.

Runoff potential and response could vary based on accumulations and weather during the melt. A final report is expected at the end of April, provided runoff isn’t complete or near-complete by then. 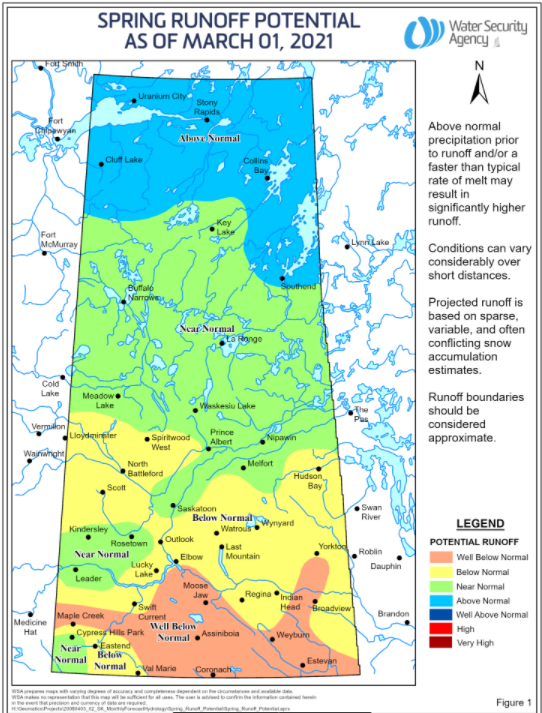