The Lloydminster RCMP is asking for the public’s tips after someone broke into the Atrium Centre.

The RCMP says that video footage shows that the suspect was wearing a distinguishable jacket which was grey, blue and black in colour, as well as gloves and a full face mask.

Anyone who has information on this break-in is asked to contact their local RCMP detachment, or to remain anonymous, call Crime Stoppers. 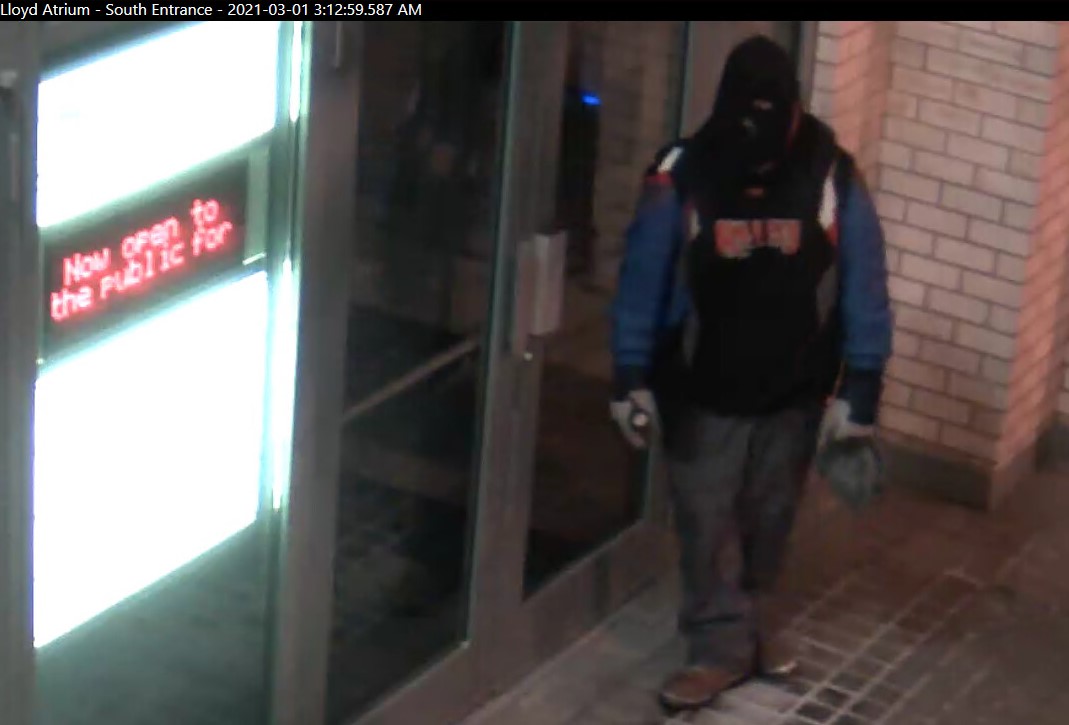 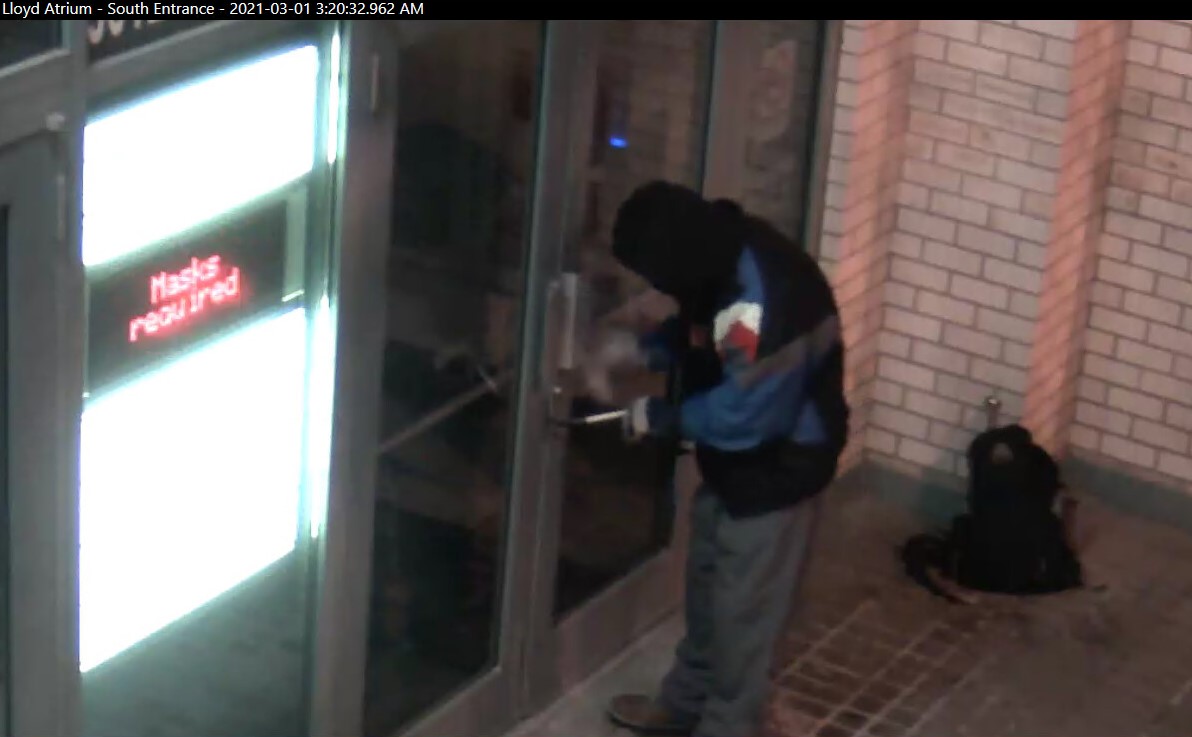 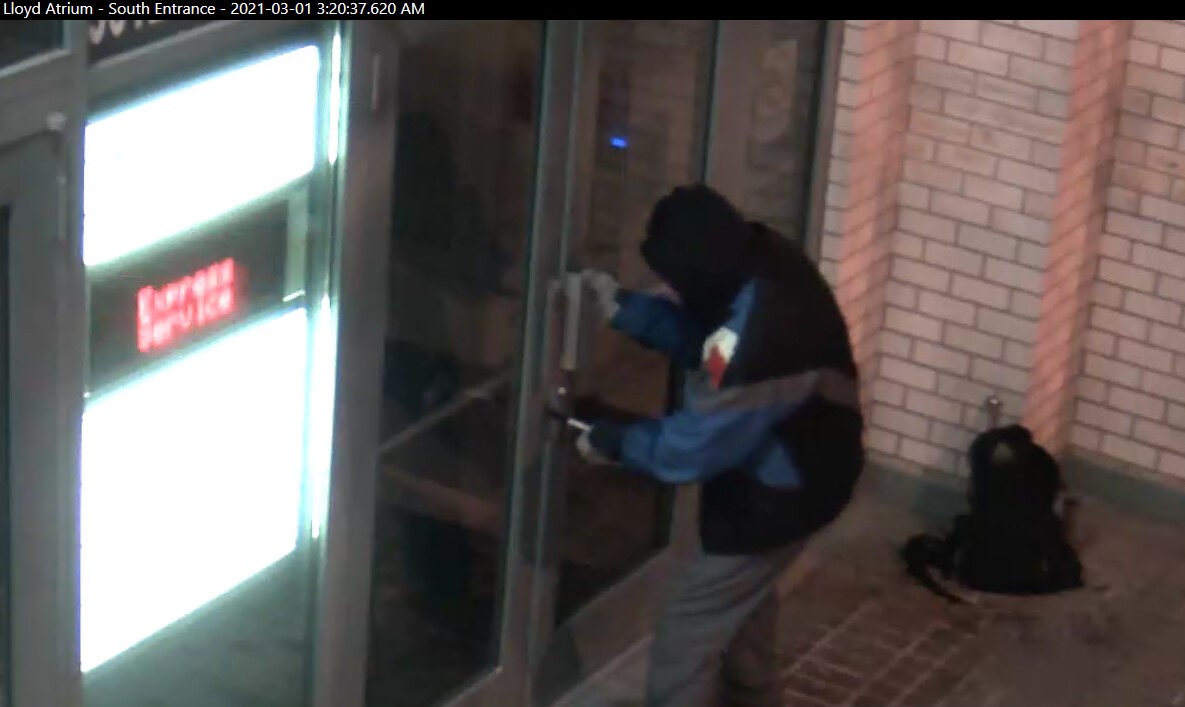 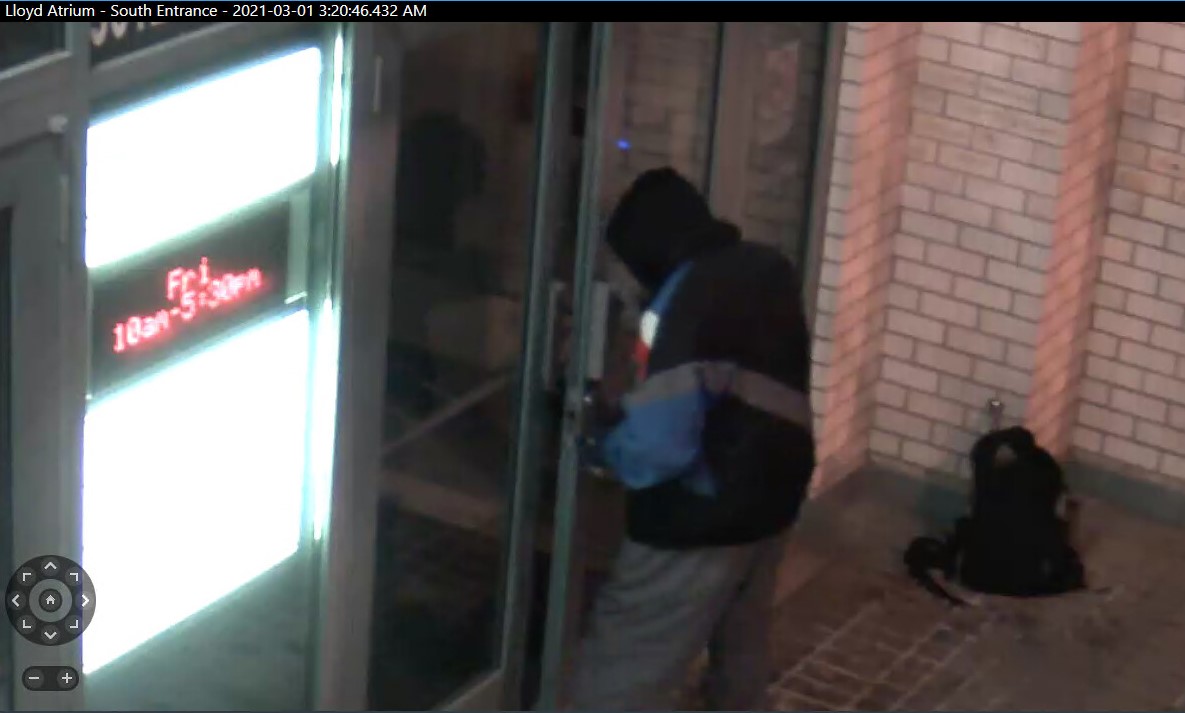