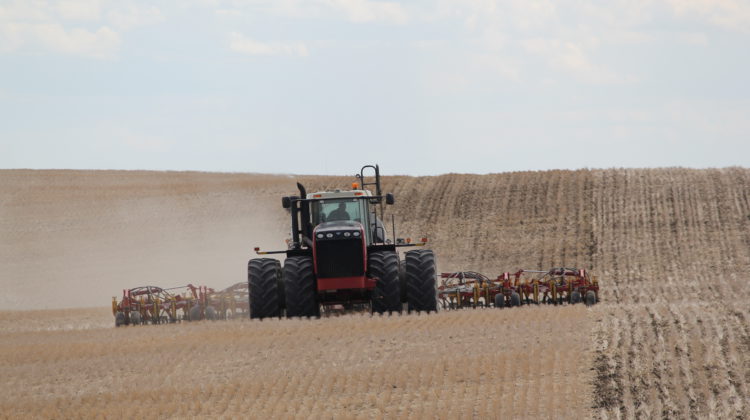 A thresher working in the field. [Gov of Sask, supplied.]

The first Saskatchewan Crop Report of the year is showing farmers as a whole are ahead of schedule on their planting.

In the week starting April 30th and ending May 3rd, five per cent of total crop was planted in the North-West, housing the Lloydminster area. Last year, only two per cent was planted at this time.

Across the province, a total of nine per cent of crops have been seeded, which is up from six per cent in the five-year average.

Topsoil moisture for cropland, hay and pasture is below normal levels in most areas of the province, with cropland topsoil moisture rated as one per cent surplus, 41 per cent adequate, 44 per cent short and 14 per cent very short.

Hay and pasture land topsoil moisture are rated as zero per cent surplus, 27 per cent adequate, 48 per cent short and 25 per cent very short.

Some producers across the province are assessing damage by winterkill on winter wheat, fall rye and other fall-seeded crops, determining if they need to reseed.

Warm weather this week has also allowed some producers to get into their fields and start seeding, spraying or applying fertilizer.