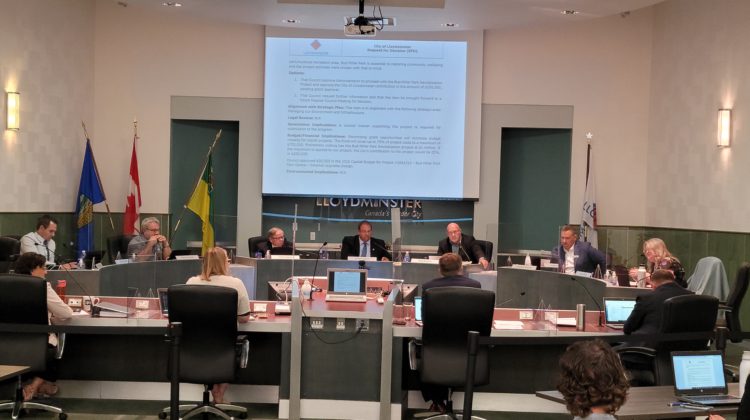 City Council has given the green light to the terms of reference for the committee that will oversee the revitalization of Downtown.

The approval came down at Monday’s regular Council meeting and paves the way to assemble a multi-sectoral community team that will work with the City to execute the Downtown Area Redevelopment Plan (DARP).

As the call goes out for interested persons to join the committee, Mayor Gerald Aalbers admits that some people may not as yet have read the DARP document.

“I would encourage them to consider reading the document before they sign up, so they know what the DARP says, because if you want to come in and say, ‘I think you should do this’, a lot of that thinking has been done. I’m not saying that we’re open to not having adjustments, but it’s not intended to re-write the DARP by any means.”

Aalbers pointed that a lot of community engagement has already gone into the document. The document admits that “Lloydminsterites know that their downtown needs attention.” It also reveals a vision outlined be the participants of how they imagine the City would look like in 15 years. That vision calls for a safe, welcoming and vibrant bi-provincial city.

The Committee members will be tasked in four key areas:

The Mayor says the Committee will not be called upon to make major decisions, but the City does need their input.

“It’s not re-doing the DARP. I want to be very clear on that. We spent some money, great money and had good support from the community saying,’This is what we would like to see the downtown get to.’ This has helped to move things forward. Again getting information out with people working, getting their input and helping work with City Administration. That gives direction to Council.”

The Committee representation will be sought from the Chamber of Commerce as well as, three downtown businesses, two general businesses, a downtown resident, Indigenous, Senior, Youth and Social Services.

Administration will be setting up the Committee through an application process.